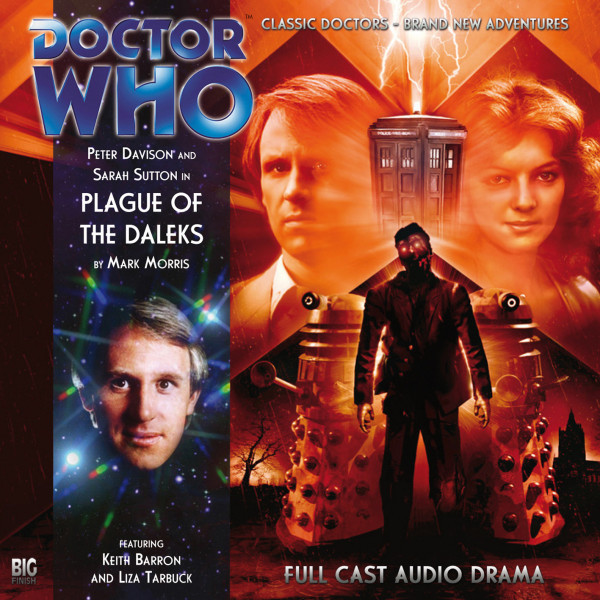 129. Doctor Who: Plague of the Daleks

Stockbridge used to be such a lovely place. The loveliest village in all England, according to the guide books. But hardly anyone visits Stockbridge now: a few tourists, a couple of Trust guides, the odd beady-eyed raven.

But something is coming to Stockbridge. Something which turns village cricketers into ravening zombies – a plague such as the Earth has never seen, falling through history from a time when humanity's greatest enemy was a race known as the Daleks.

The Doctor and Nyssa visit Stockbridge for the final time, to confront the terrible secret buried at its heart. The storm clouds are gathering…