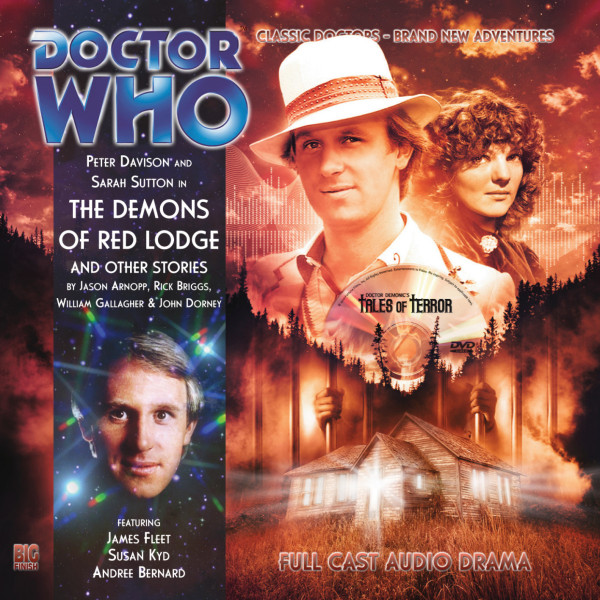 142. Doctor Who: The Demons of Red Lodge and Other Stories

An anthology of four one-part stories featuring the Fifth Doctor and Nyssa.

The Demons of Red Lodge by Jason Arnopp
A long, dark night in 17th century Suffolk for the TARDIS travellers – when they find something nasty outside the woodshed.

The Entropy Composition by Rick Briggs
A lost prog rock symphony is unearthed from the vaults – with catastrophic consequences for the entire cosmos.

Doing Time by William Gallagher
On the planet Folly, justice catches up with criminal mastermind 'The Doctor' – but can he endure a year in the jug?