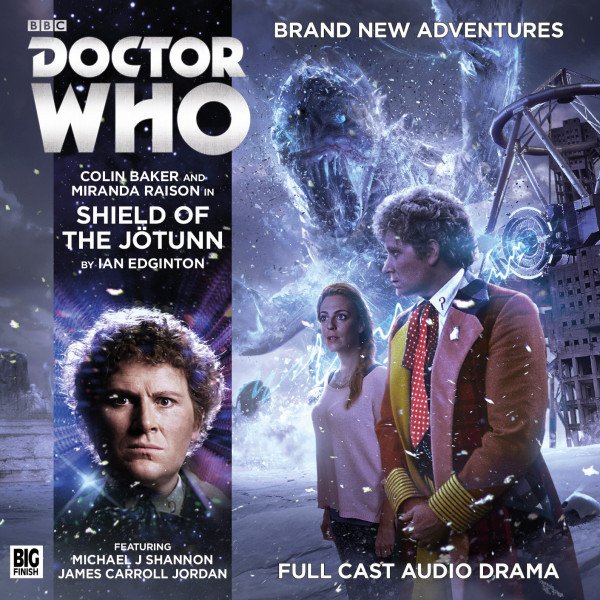 206. Doctor Who: Shield of the Jotunn

'The characterisation is superb... witty and clever dialogue... But the thing that really makes Shield of the Jotunn shine is the relationship between Colin Baker's Sixth Doctor and the sharp-as-a-whip, fiercely independent Constance Clarke.' Tim Cundle DWM

2029 AD. In the desert of Arizona, billionaire philanthropist Dr Hugo Macht is trying to save the world from climate change. But his great project to "scrub the sky clean" with nanoatomic machines grinds to an unexpected halt when his diggers break into something unexpected: a Viking burial barrow containing eight corpses, a mysterious shield, an even more mysterious inscription... and a yet more mysterious traveller in time and space, known only as the Doctor. And that's not even the strangest part of Dr Macht's day. Soon, it'll begin to snow. Soon, the Doctor and his Girl Friday, Mrs Constance Clarke, will come face-to-face with an ancient horror in the blizzard. A Frost Giant, in need of a new body. In need of flesh...