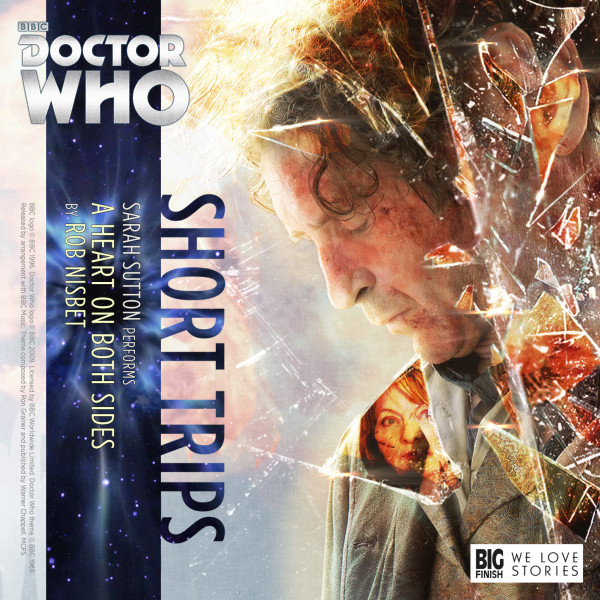 Download
US $2.99
Buy
Bundles Login to wishlist
23 Listeners
recommend this

"As I said in my previous review the Short Trips are nice bite sized stories designed to be consumed in a single sitting. And this one had me gripped from beginning to end", Mass Movement

"Sarah Sutton is in her element and narrating comes naturally to her. In much the same way Matthew Waterhouse seems to have found his niche in narration. We’d love to hear Sarah given more narration roles in future Big Finish, 8/10", Blogtor Who

"A Heart On Both Sides is an enjoyable tale that focusses on one small, seemingly insignificant moment of the Time War, but shows you just how resilient the Doctor’s companions can be, 84%" Gallifrey Archive

"For fans of Nyssa of Traken this is a must buy. The 30+ minutes just fly by!", We Are Cult

Release #33 is an Eighth Doctor and Nyssa story.

After her medical work on Terminus, Nyssa is now the controller of a hospital ship, the Traken. As the universe burns in the crossfire of the Time War, she and her assistant travel to a planet close to Gallifrey where they are needed more than ever. A long time ago, Nyssa knew a Time Lord and understood his people. But it seems they can change...