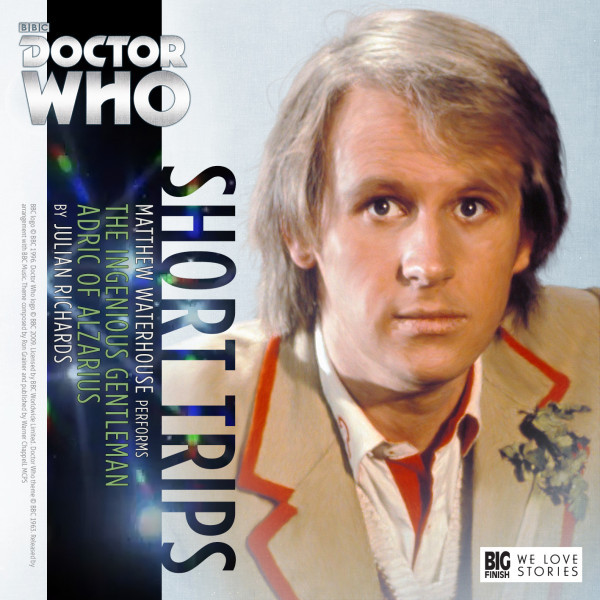 7.11. Doctor Who: Short Trips: The Ingenious Gentleman Adric of Alzarius

Sir Keeyoht of la Koura, and his loyal squire Adric, are on a quest. A great and noble quest to stop that most vile of Enchanters, the Doctor, from claiming the greatest treasure in the land. Along the way they intend to battle giants (or possibly windmills), inspire adventurers, rescue a princess and ultimately come face to face with that most terrifying of all monsters, the Dragon.

Except Adric knows there are no such thing as Dragons...

Recorded on: 19th January 2016
Recorded at: The Moat Studios

Matthew Waterhouse is utterly superb, he really is. 10/10

If you’ve never heard a Short Trip written by Julian Richards, I’d advise you to get that changed asap... you may not be familiar with Richards’s writing or Waterhouse’s narration. My firm suggestion would be that you remedy that soon-as: after all, either or both might be giants...

What has been brilliant for Adric with Big Finish is that all of his stories, particularly the ones from the Short Trips range, have been character pieces... the script from Julian Richards and effortless narration from Matthew Waterhouse all conspire to give us another thoughtful, character-driven piece for Adric 8/10

A fascinating journey amid some fun fantasy trappings.