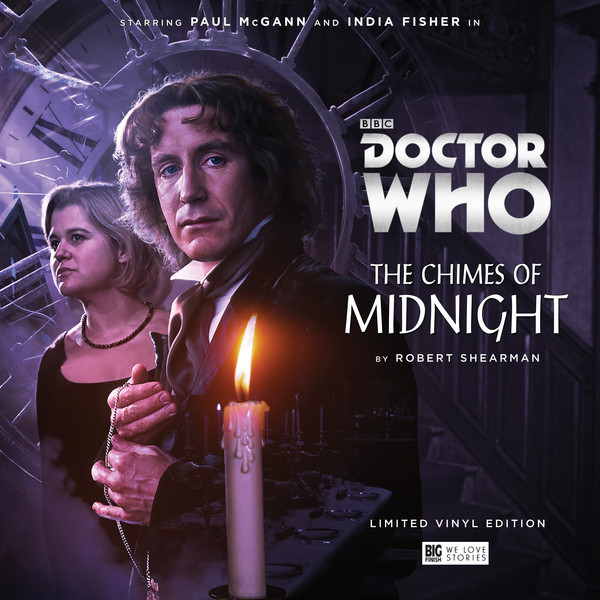 029-LEV. Doctor Who: The Chimes of Midnight (Limited Vinyl Edition)

Login to wishlist
14 Listeners
recommend this

'Twas the night before Christmas, and all through the house not a creature was stirring...

But something must be stirring. Something hidden in the shadows. Something which kills the servants of an old Edwardian mansion in the most brutal and macabre manner possible. Exactly on the chiming of the hour, every hour, as the grandfather clock ticks on towards midnight.

Trapped and afraid, the Doctor and Charley are forced to play detective to murders with no motive, where even the victims don't stay dead. Time is running out.

**STRICTLY LIMITED TO 500 COPIES - THIS RELEASE IS NOW SOLD OUT**

Chronological placement:
This story takes place after the 1996 TV Movie.

For a clip from the new behind the scenes documentary, listen below: