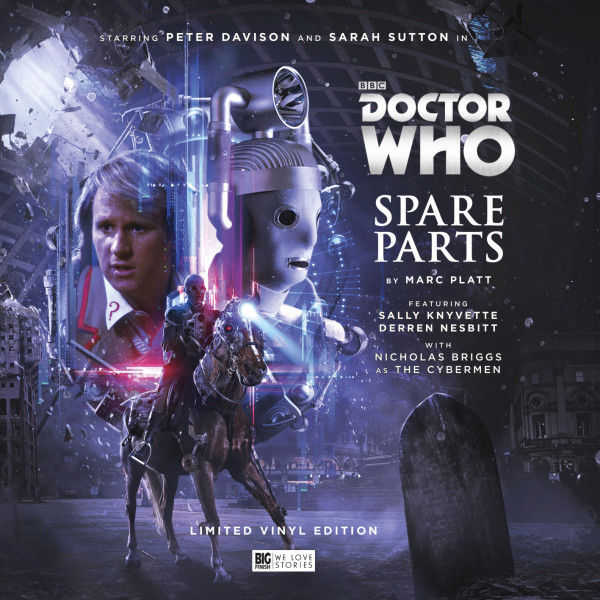 Login to wishlist
11 Listeners
recommend this

**STRICTLY LIMITED TO 500 COPIES - THIS RELEASE IS NOW SOLD OUT**

Chronological Placement:
This story takes place between the television adventures Time-Flight and Arc of Infinity.

Spare Parts is the perfect synthesis of sci-fi, action and horror all bundled up in a character-driven drama and an essential part of any Whovian's collection. 10/10

It is a story that ALL Doctor Who fans have to hear. If this were a TV story it would be up there with The Talons of Weng Chiang, City of Death and Blink. 10/10

It's some of Platt's best writing, tugging at the heartstrings even as you realise the inexorable nature of its ploy.

It's clear to see when the new TV version of Doctor Who was taking on the Cybermen for the first time they looked to this story. 10/10