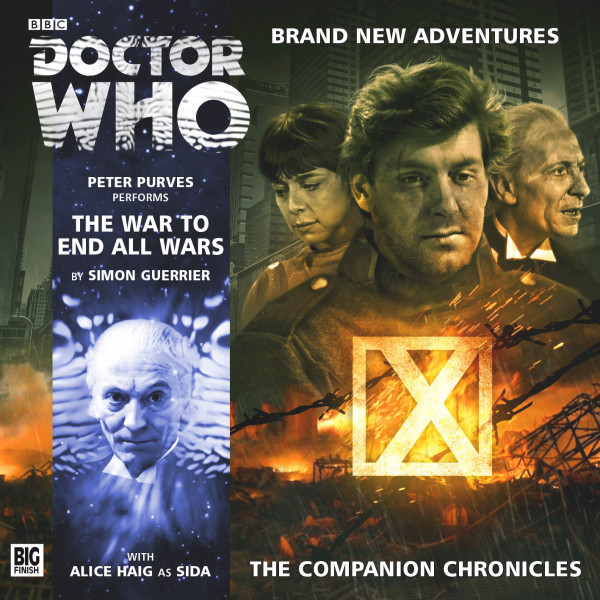 8.10. Doctor Who: The Companion Chronicles: The War To End All Wars

Download
US $9.83
Buy
Save money with a bundle Login to wishlist
13 Listeners
recommend this

Years after he gave up travelling in the TARDIS, Steven Taylor is the deposed king of a distant world.

From the confines of his cell, he shares his story with a young girl called Sida.

And one story in particular – a visit to a whole world at war, which will mark Steven for life...