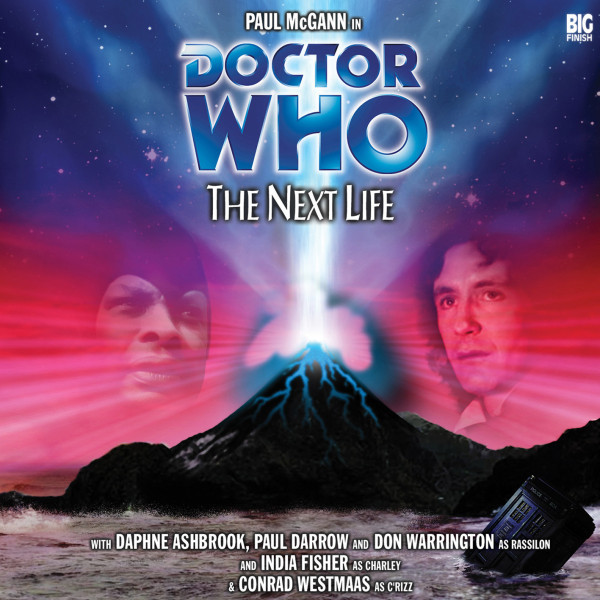 "All things must die."

Washed up on the sandy shores of a paradise island, a wild-eyed shipwreck survivor is rescued by the wife of Daqar Keep, the richest man in the galaxy.

Her name's Perfection. He's the Doctor. Together, they face a journey into the dark heart of this mysterious island, to discover the deepest secrets of this timeless cosmos. That's if the giant crabs, killer crocodiles and murderous natives don't get them first.

Meanwhile, fellow travellers Charley and C'rizz have their own ordeal to endure, in the grip of the Doctor's most dangerous rival. And in a universe that's facing extinction, even the best of friends may soon become enemies.

This life is almost over. And not everyone will make it to the next...

Chronological placement:
This story takes place after the 1996 TV Movie and after the Big Finish audio adventure Caerdroia.