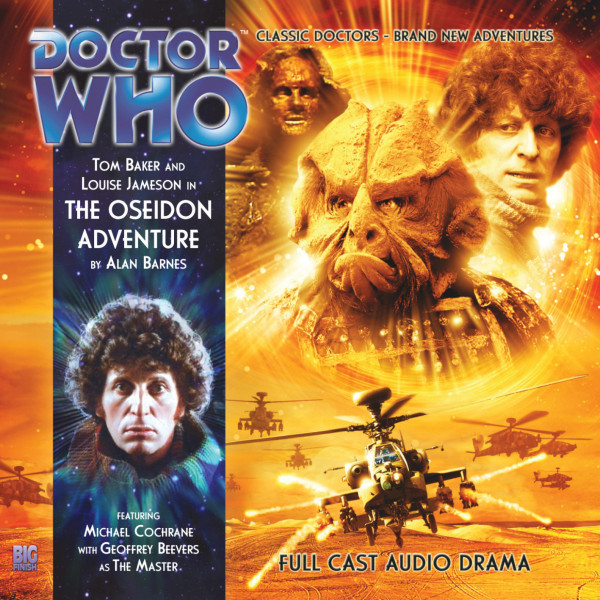 1.6. Doctor Who: The Oseidon Adventure

CD + Download
US $13.72
Buy
Download
US $8.99
Buy
Save money with a bundle Login to wishlist
23 Listeners
recommend this

The first time the fearsome Kraals attempted to take over the Earth, with the help of their android agents, things didn't go quite according to plan - thanks to the time-travelling alien Doctor and his allies at UNIT.

This time, Marshal Grinmal and his belligerent cohorts are ready for them. This time, they'll make no mistakes. This time, Chief Scientist Tyngworg has not just one plan, but a back-up plan, and a back-up back-up plan worked out...

With the Doctor a prisoner on the Kraals' radiation-blasted home planet of Oseidon, only his companion Leela can save the day - alongside a most unlikely ally.

NOTE: This adventure continues from Doctor Who: Trail of the White Worm