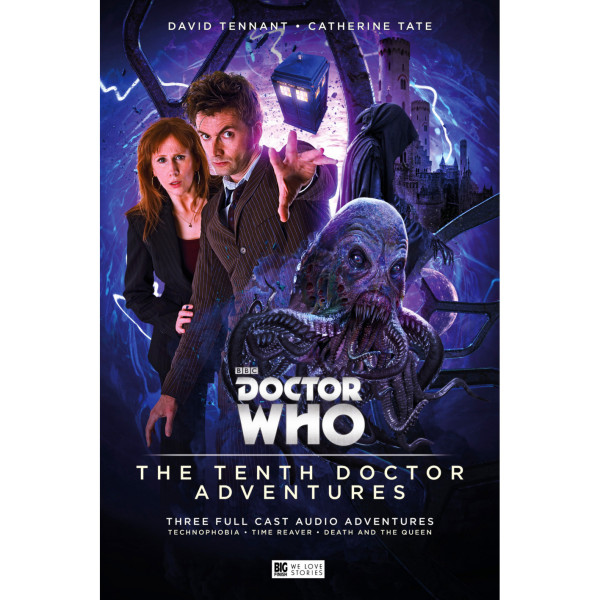 Download
US $30.00
Buy
Login to wishlist
57 Listeners
recommend this

Limited to just 5,000 copies and available exclusively from bigfinish.com, this lavish book-sized box set includes exclusive artwork, photography, articles, a one-hour documentary featuring interviews with the stars and production team – alongside a bonus documentary examining the worlds of Doctor Who at Big Finish.

SOLD OUT! THIS EXCLUSIVE, LIMITED EDITION RELEASE IS NOW ONLY AVAILABLE AS A DOWNLOAD

'Hearing David Tennant and Catherine back together is such a thrill, and fans of the dynamic duo will be celebrating for some time to come... The Doctor and Donna have never sounded so good. An absolute must.' - Metro

'None of the electric relationship between Tennant’s and Tate’s characters has gone away, making this whole release feel less like another BF box set and more like a celebratory event. If you have any affection for the Tenth Doctor’s tenure, buy this set now: you won’t be disappointed.' - Outpost Skaro

'A very special release that perfectly captures the spirit, ethos and ambiance of 2008 – not a tribute or a nostalgia piece, a continuation of that era, the episode could quite easily have slotted in to the season – and coming from an RTD fan that is praise indeed. Undoubtedly a Ten (and Donna) out of Ten.' - Planet Mondas

'Both leads step back into their roles so smoothly it’s as if they’ve never been away, displaying the same chemistry and comic timing that made their TV episodes so memorable… this is unmissable stuff for any Tenth Doctor fans.' - SFX Magazine