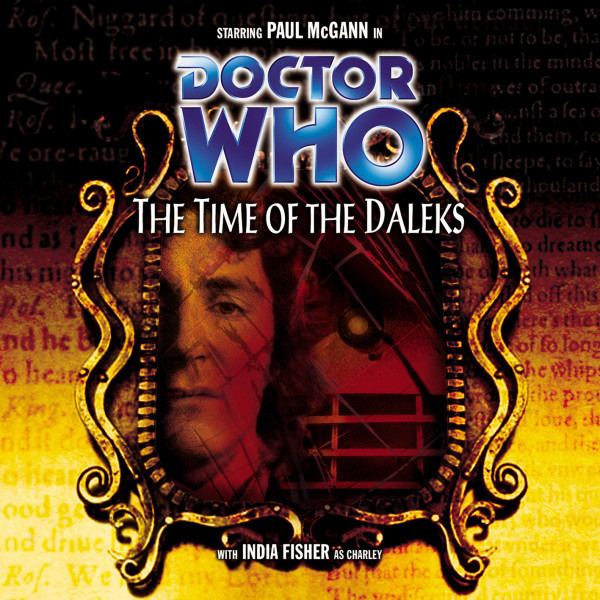 The Doctor has always admired the work of William Shakespeare. So he is a little surprised that Charley doesn't hold the galaxy's greatest playwright in the same esteem. In fact she's never heard of him.

Which the Doctor thinks is quite improbable.

General Mariah Learman, ruling Britain after the Eurowars, is one of Shakespeare's greatest admirers, and is convinced her time machine will enable her to see the plays' original performances.

Which the Doctor believes is extremely unlikely.

The Daleks just want to help. They want Learman to get her time machine working. They want Charley to appreciate the first ever performance of Julius Caesar. They believe that Shakespeare is the greatest playwright ever to have existed and venerate his memory.

Which the Doctor knows is utterly impossible.

This story takes place after the 1996 TV Movie, and after the Big Finish audio adventure