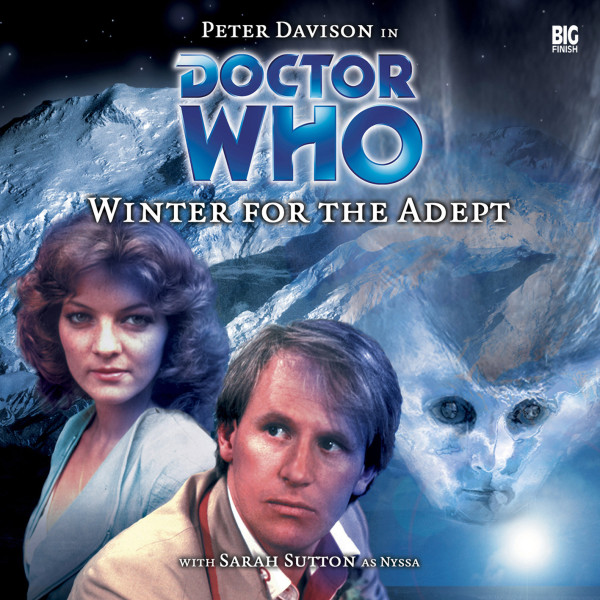 010. Doctor Who: Winter for the Adept

When a teleportation accident goes badly wrong, Nyssa finds herself stranded on the freezing slopes of the Swiss Alps in 1963. But is it mere coincidence that she finds shelter in a snowbound school haunted by a malevolent poltergeist?

When the Doctor arrives, Nyssa and the other inhabitants of the school soon discover that the ghost is merely part of a darker, deeper and more deadly game involving rogue psi talents and something else... something not of this Earth.

This story takes place between the television adventures, Time-Flight and Arc of Infinity, and after the Big Finish  audio adventure The Land of the Dead.