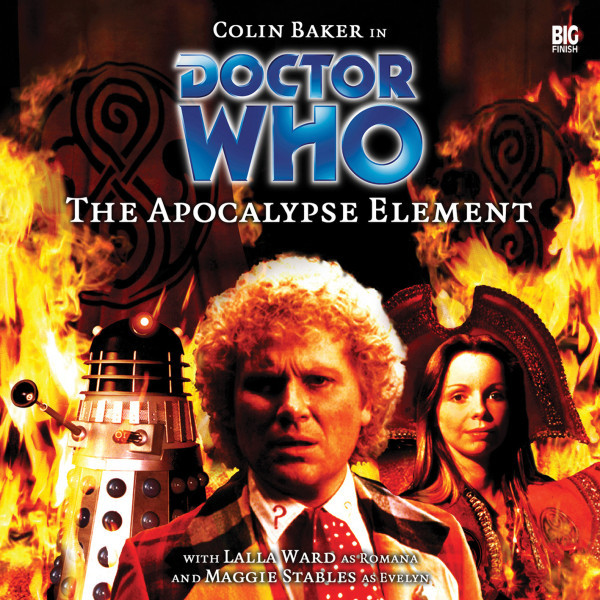 011. Doctor Who: The Apocalypse Element

When the planet Archetryx is threatened by a Dalek assault squad, the Doctor and Evelyn become embroiled in an ever-deepening mystery. What has become of President Romana, missing for twenty years? What lurks in the vast gravity wells of Archetryx? What is the secret of the ancient element the Daleks are synthesising - and how does Gallifrey feature in the plans?

The Doctor finds that if his oldest enemies cannot conquer the universe they will watch it go up in flames...

This story takes place between the Doctor Who TV adventures The Trial of a Time Lord and Time and the Rani, and after the Big Finish audio adventure The Spectre of Lanyon Moor

We may never get to see, read, or hear how the Time War between the Daleks and the Time Lords ultimately played out, but this is about as close as we'll ever get.