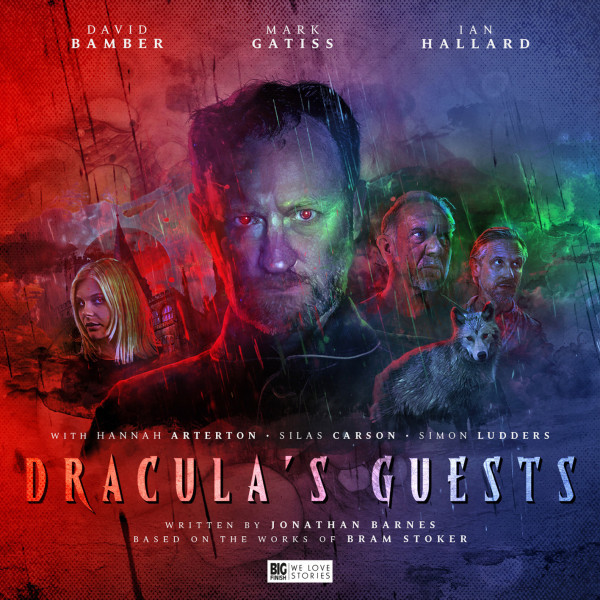 CD + Download
US $18.33
Buy
Download
US $14.99
Buy
Save money with a bundle Login to wishlist
11 Listeners
recommend this

Sitting in his castle like a spider in its web, Count Dracula is setting his plans in motion. Soon he will travel to England, there to cut a bloody swathe through polite society and pit himself against a dedicated crew of vampire-slayers. Yet before then there is much to be done. A certain artist must be brought to him and a certain portrait painted. An old tale must be told, drawn from the darkest recesses of Transylvanian history. And in faraway London an honest police detective must be corrupted and set to work in the service of the Count. The vampire king is making preparations. And his survival will be assured – no matter the cost.

Inspired by a story by Bram Stoker, Dracula’s Guests is a prequel to the original novel and the first in a three-part connected series from Big Finish Productions, continuing in Dracula and concluding with Dracula’s War.