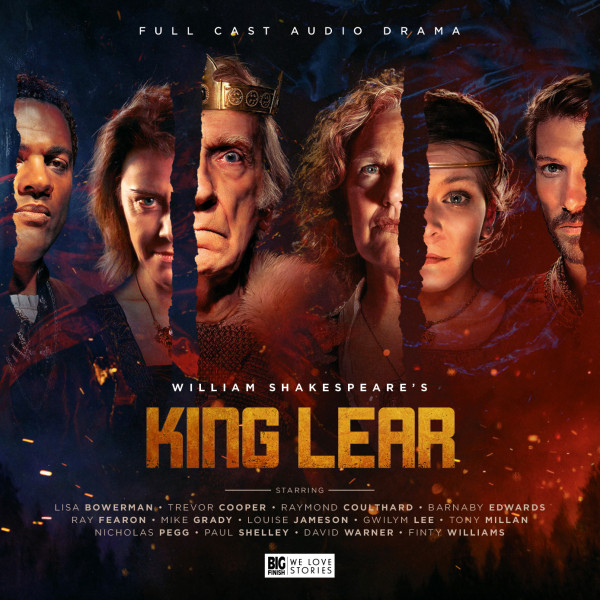 CD + Download
US $21.20
Buy
Download
US $14.99
Buy
Save money with a bundle Login to wishlist
8 Listeners
recommend this

In an ancient Britain of warring nobles and sibling rivalries, power is a precarious thing. When the ageing King Lear declares that he will divide his kingdom in three to prevent future strife, he unwittingly sets in motion a chain of events that will unravel into treachery, horror, conflict and death.

Renowned for its pathos and poetry as much as for its savage violence, Shakespeare’s wildest tragedy remains as thrilling and relevant today as when it was first performed: King Lear is a tale of politics, ambition, greed, vanity, betrayal, love, pride, madness, war and bloody vengeance.

A superb piece of work, brilliantly directed by Barnaby Edwards. David Warner is outstanding. And once more, there isn’t a weak link in the cast. The best drama I’ve heard on radio or audio all year.

The wonderful David Warner is perfect as Lear. Goneril & Regan are played just right by Louise Jameson & Lisa Bowerman respectively. Both are Big Finish powerhouses that never disappoint, but at times like this shine even brighter.

Lear’s speech in the storm is undoubtedly one of Big Finish’s greatest achievements in merging actor and sound effect. A well-selected cast and astute talent behind the script proves that Big Finish has a future with the theatre.

Free Download! Extended Behind the Scenes Interviews with the cast

Free Download! Extended Behind the Scenes Interviews with the cast