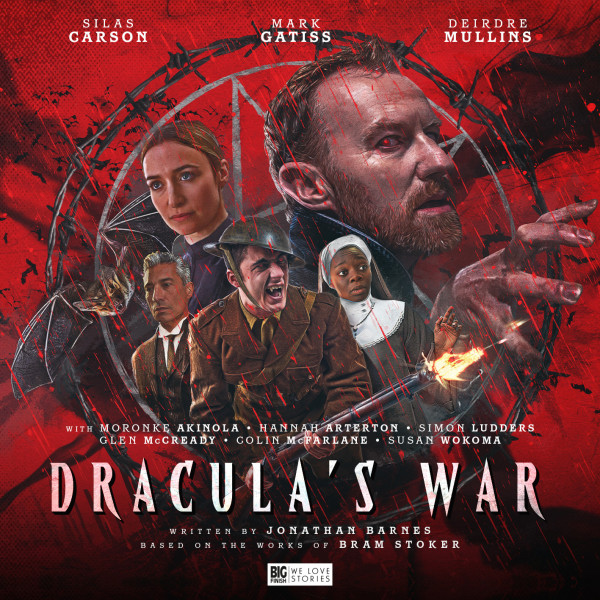 CD + Download
US $27.13
Buy
Download
US $19.99
Buy
Save money with a bundle Login to wishlist
16 Listeners
recommend this

England is caught in the grip of war. Every day the casualties grow in number. Every day the outlook appears more bleak. And every day the need increases to win this conflict at any cost. Now the most dreadful possibilities are considered which would not be thought of in peacetime.

From a strange and secret nunnery to the library of the King, from a cell with an impossible occupant to the house of Mina Harker, a wicked plan is set in motion and a long-awaited revenge begins.

For this age of death and battle, this world sunk deep in blood, shall seem – to Count Dracula – very much like home…

Inspired by the works of Bram Stoker, Dracula’s War is both a sequel to the original novel and the conclusion of a three-part connected series from Big Finish Productions, which begins with Dracula's Guests and continues in Dracula.