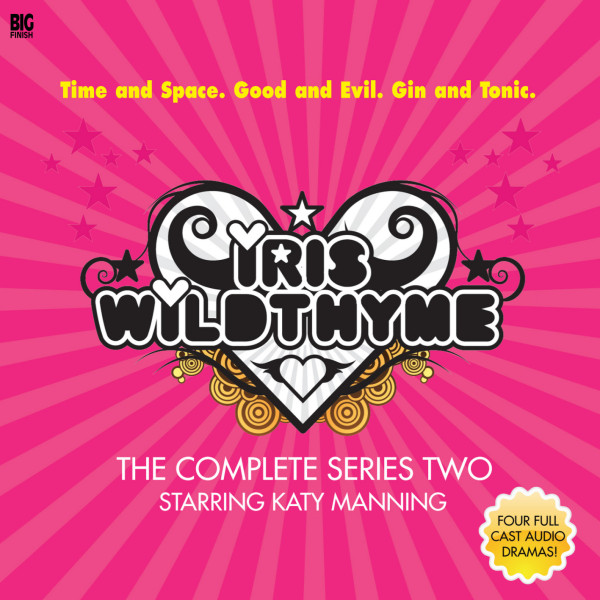 Download
US $24.99
Buy
Save money with a bundle Login to wishlist
7 Listeners
recommend this

2.1 The Sound of Fear by Mark Michalowski

With her red London bus on course for the future, Iris runs slap-bang into the past!

Materialising aboard Radio Yesterday, a space station broadcasting golden oldies to Earth's colonies, Panda finds something sinister in the air-conditioning and Iris comes face to face with her long-lost husband… (no, really!)

As Iris, Panda and the crew of Radio Yesterday experience the true power of music, the evil Naxian hordes are poised to transmit a groovy message of death… to the entire galaxy!

2.2 The Land of Wonder by Paul Magrs

Exiled to Earth by her mysterious superiors, Iris has been amusing herself and Panda by working for MIAOW, the Ministry for Incursions and Other Wonders. When a certain Professor Ramsbottom and his lovely assistant Audrey unearth a weird vehicle under a London railway station, Ms Wildthyme and her art critic chum are on the scene pretty sharpish.

Among anachronistic skulls and crockery they discover the still-living forms of utterly perplexing, alien creatures. And, before you can say ‘Jabberwocky’ Iris and her friends are on a mind-boggling voyage into a groovy Wonderland deep, deep beneath the Earth’s crust…

2.3 The Two Irises by Simon Guerrier

Iris is dead: to begin with. There is no doubt whatever about that. She sacrificed herself to save her best friend, Panda, then exploded inside her time-travelling bus.

On Earth in the year 2108, the North Bloc and the South Bloc teeter on the edge of terrible nuclear war. The fate of the whole world rests on a not-very-good disco in Spain. One run by the dastardly alien Naxians…

Iris Wildthyme is as dead as a doornail. But her new incarnation is going to have to get stuck in. Poor bloke doesn't stand a chance.

2.4 The Panda Invasion by Mark Magrs

She’s back, and it’s about gin!

When an unconscious Iris Wildthyme is rushed into a San Francisco hospital on New Year’s Eve 1999, hunky doctor George Strangeways’ life is turned upside down.

As the world prepares to party its way into the next millennium, a space-time rift opens above the Golden Gate Bridge - where an old fashioned London bus has appeared… As the rift spills untold horrors from other dimensions into our world, Iris has just one question: where the 'eck is Panda?!

Recorded on: Various Dates
Recorded at: The Moat Studios