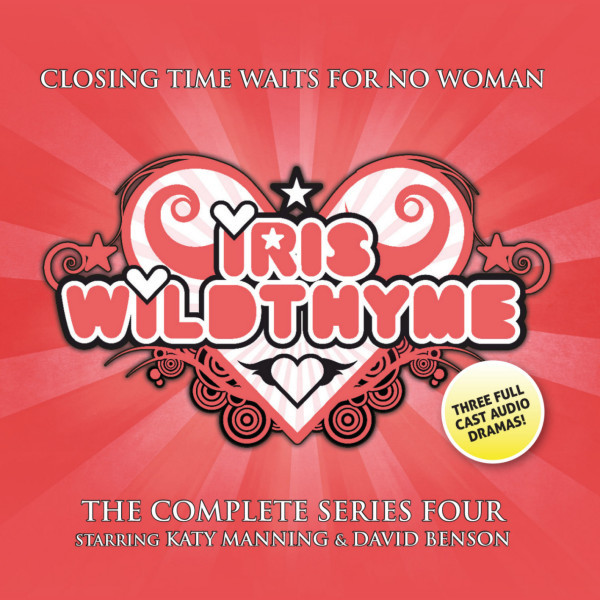 CD
US $34.20
Buy
Download
US $19.99
Buy
Save money with a bundle Login to wishlist
11 Listeners
recommend this

Katy Manning and David Benson are back as Iris Wildthyme and Panda in three unique audio adventures in Time, Space and the little bits in between.

4.1 Whatever Happened to Iris Wildthyme? by Cavan Scott and Mark Wright

Iris is living the life she always dreamt of, swanning from one party to the next. From the swinging Sixties to the roaring Twenties to Freddie Mercury's 40th birthday bash via Ancient Rome, Iris has become the ultimate party girl. What more could she want? But who are those sinister ticking figures hiding in the mist? Why are partygoers snapping out of existence? And who is this Panda she keeps talking about?

4.2 Iris at the Oche by Mark Wright

Super, smashing, great! It's the annual Pondside World Darts Championship. As down-at-heel pub darts player Ted Taylor steps up to the oche, Iris realises that the fate of the entire universe depends on the result of this one game of arrows. What are the calculations streaming through Ted’s mind, why are the bullish Hankians determined to drag a Kent Country Club into a temporal rift and will Panda ever get to enjoy his chicken-in-a-basket in peace? Game on!

4.3 A Lift In Time by David Bryher

Ever get a tune stuck in your head? Annoying, isn't it? Especially when it transforms you into a mindless, murderous zombie. After years of righting wrongs and wronging rights, is the fat lady about to sing for Iris Wildthyme? As Panda becomes the next big thing and the bus is stolen by an insane artificial intelligence, Iris’s future finally catches up with her. Ding ding, going down...