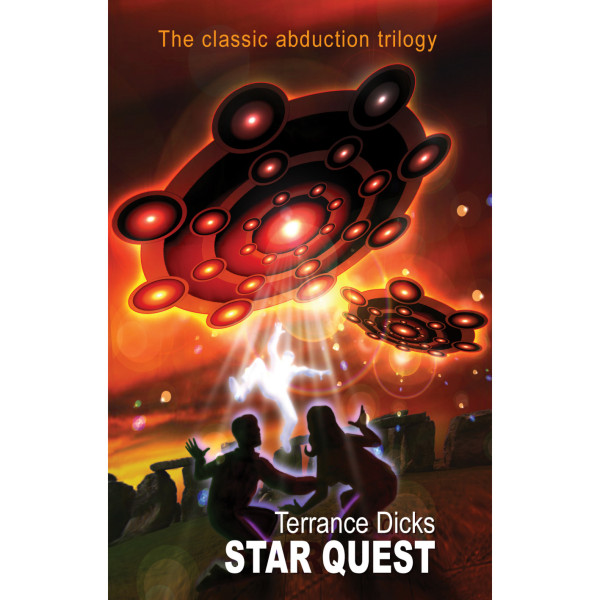 Three young cousins get caught up in galactic events when two battling UFOs land near Stonehenge. For Jan, Kevin and Anna it is only the beginning of their thrilling adventures.

Helping the League of Sentient Lifeforms in their fight against the ruthless and evil Kaldor, the trio meet friendly aliens and savage beasts, travel across the galaxy and come face to face with golden robots and dinosaurs.

In Spacejack, the young friends meet Tell, Osar and Garm ­ agents for the League, an alliance of intelligent races from across the galaxy ­ and come up against the Kaldor, who believe that only humans have the right to rule.

Roboworld sees the cousins crashland on an asteroid infested with an army of killer robots.

And in Terrorsaur!, Jan, Kevin and Anna must search for their new friends who have gone missing whilst on patrol.

Originally published in 1978, 1979 and 1981, Terrance Dicks's three Star Quest novels are now available for the first time in a single volume, with a new introduction by the author.