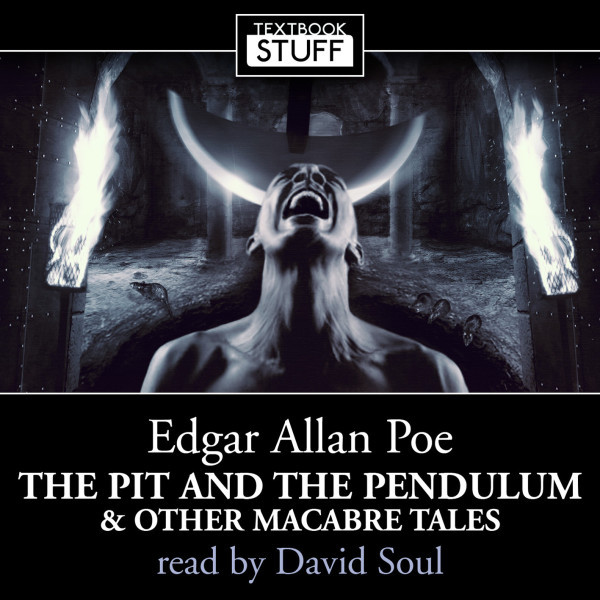 1.3. Textbook Stuff: Classic Horror - The Pit and the Pendulum and Other Macabre Tales

Download
US $12.01
Buy
Save money with a bundle Login to wishlist
3 Listeners
recommend this

The five tales collected here range from the famous to the obscure, but each displays Poe's unique sense of the macabre and his love for the baroque. A victim of the Inquisition finds himself in a nightmarish torture chamber, a castle is besieged by plague, a man becomes obsessed by the evil eye of his fellow lodger, a mesmerist suspends a man's life at the point of death and a jester takes his revenge on his cruel employers.

STORIES: The Pit and the Pendulum, The Masque of the Red Death, The Tell-Tale Heart, The Facts in the Case of M Valdemar and Hop-Frog