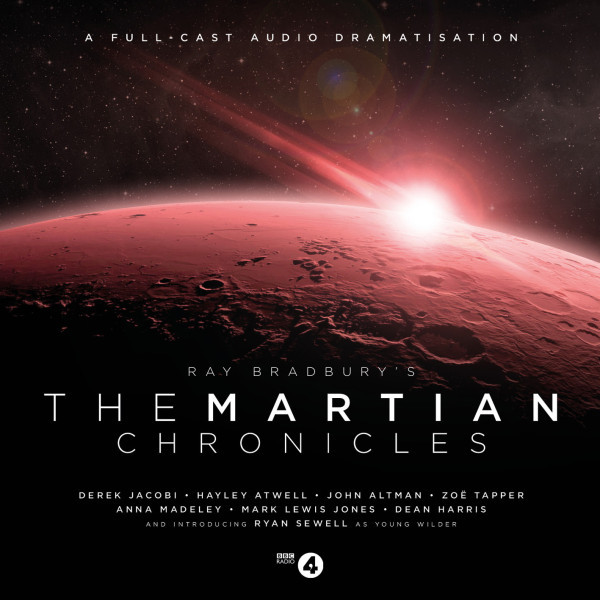 Login to wishlist
9 Listeners
recommend this

When the first expedition to Mars mysteriously disappears, Earth sends a second to find out what happened. But the real mission is classified. And only Captain Wilder knows the truth...

Spender, an anthropologist on Wilder’s crew, attempts to prevent the colonisation that she believes will eradicate the last of an ancient people living on Mars. But to what lengths will she go?

As the honourable but duty-bound Captain Wilder tracks the now rogue Spender into the Martian mountains, the future of this ancient planet is at stake.

Meanwhile, Earth itself teeters on the brink of its own global catastrophe as the very survival of humanity hangs in the balance.

The Martian Chronicles is a B7 Media Production

This title is no longer available to buy from the Big Finish website; all purchases made prior to 30th September 2021 remain accessible via My Account or the BF App.

This is the story of Mars and the people who lived there. It’s always fractious and untidy, it’s frequently tragic and on occasion both horrifying and beautiful. But there’s a constant bass note of wonder to each of these stories, a sense of something truly alien. That’s the spirit of Mars, and of the original book. And it’s alive and well in this remarkable achievement. 10/10

Ray Bradbury’s Martian Chronicles is a work of surreal beauty and this production does a good job in condensing matters down to a coherent single drama... an admirable rendition of a classic.

Derek Jacobi’s central performance as the honourable space Captain is involving and there’s admirable support from a passionate and emotional Hayley Atwell (Agent Carter) as Spender.