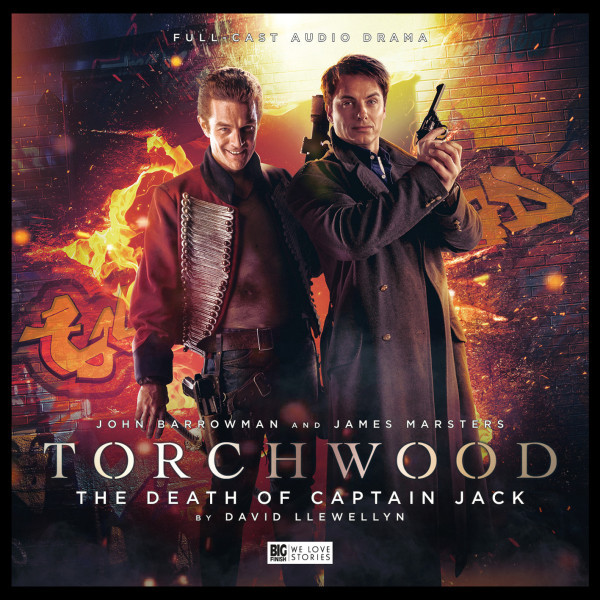 19. Torchwood: The Death of Captain Jack

CD + Download
US $11.99
Buy
Download
US $7.99
Buy
Save money with a bundle Login to wishlist
37 Listeners
recommend this

Captain Jack is finally dying, and it's time for his oldest friend to visit his deathbed. King John has come to tell him a story. The story of the life he should have had.

“It’s everything a Torchwood Big Finish should be, fun, sexy and with an appropriately over the top amount of destruction and disregard for life where needed! 10/10” Indie Mac User

“The Death Of Captain Jack is a riot – a bold series opener, backed with imaginative sound design from Robert Harvey, and we hope it will not be the last we hear from Captain John. 5/5” Cultbox

"It’s another rock-solid release in the ever-intriguing Torchwood range. While being a hugely enjoyable romp, The Death of Captain Jack focuses on entertainment over clever plot and character development. That said it’s a worthy addition to the list of Torchwood favourites." Starburst

“It’s fast paced, full of Easter eggs for us diehard listeners, and filled with sex and humour and Cardiff. What more could you possibly want?” Gallifrey Archive

“The Death of Captain Jack is totally bonkers and utterly hilarious. What better way to reintroduction Captain John Hart than to show us the world he would create given half a chance? James Marsters’ enthusiasm in the part is infectious” Blogtor Who

"David Llewellyn fills his script with perverse, twisted and very funny moments - think of Doctor Who's Turn Left through the eyes of a psychopath...James Masters an absolute blast as the ruthless, audacious and hilarious Captain John Hart." The Digital Fix

"Prior to listening, I wouldn’t have thought it possible to encapsulate Jack, John, and the entire Torchwood franchise in an hour-long stand-alone yarn. Writer David Llewellyn did just that, however." SciFi Pulse