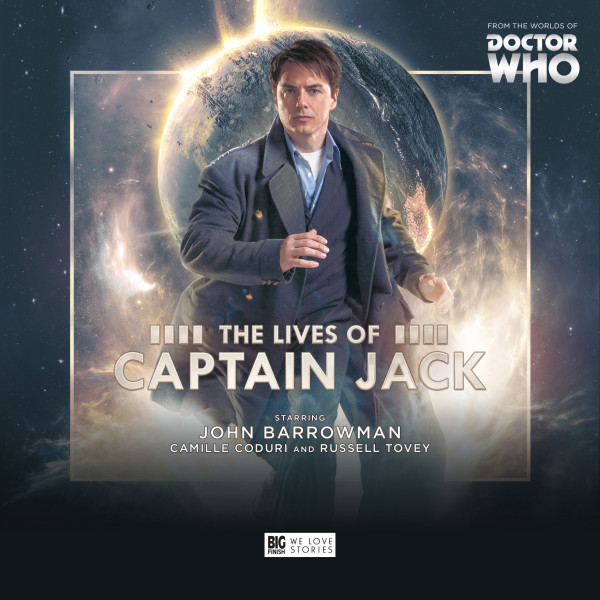 1. The Lives of Captain Jack Volume 01

CD + Download
US $42.18
Buy
Download
US $36.15
Buy
Save money with a bundle Login to wishlist
36 Listeners
recommend this

Captain Jack Harkness - time-travelling con-man, saviour of the Earth, and intergalactic adventurer. He has lived many lives. Here are four of them.

1.1 The Year After I Died by Guy Adams

Set in the year 200,101, on an Earth ravaged by the Daleks, Jack struggles to save humanity from its oldest enemy.

1.2 Wednesdays For Beginners by James Goss

Jack and Jackie Tyler must unite to rescue the Powell Estate from a force whose name Jackie can never say.

1.3 One Enchanted Evening by James Goss

Captain Jack and Alonso Frame have only just met. But why did the Doctor want them to be together?

He’s the young star of the Time Agency, and his whole life is about to fall apart. But that's not going to stop him winning.

A really great exploration of one of Doctor Who’s most memorable characters...A very worthy tribute to the Russell T Davies era, too... If you’re a fan of either the Captain or of Russell, then this box set is an essential purchase.

The Lives of Captain Jack is a release positively dripping with fan-service and an absolute joy for any New Who aficionado.

Shop all audiobooks
Next release in this range: The Lives of Captain Jack: One Enchanted Evening (Gay Times excerpt)