You are here
Tags : Stop Press The Worlds of Doctor Who - Special Releases

A brand-new series of full-cast audio adventures featuring characters from Doctor Who spin-off, The Sarah Jane Adventures, is due for release from Big Finish Productions.

Rani Chandra is back and she’s got her own spin-off series! Anjli Mohindra stars in Rani Takes on the World, set fifteen years after The Sarah Jane Adventures first aired on TV.

Rani is now a successful journalist living in London but when something otherworldly threatens her beloved city, she steps up to the line of alien defence! The first box set, Rani Takes on the World: Beyond Bannerman Road, is due to be released in April 2023 and features three audio adventures, as follows:

Anjli Mohindra said: “There's something so ingrained in me playing this character that has made it all slide straight into place. But also, reprising the role of Rani in 2020 for [Doctor Who Lockdown story] Farewell, Sarah Jane was a real springboard into this. Rani is such a part of me and who I am, and I'm a part of Rani, that it just happened naturally.

“I think it's gorgeous because you feel like Sarah Jane is very much a part of it and of who Rani has become later on in life. They still hold onto the life that they all shared together and the love and respect. 'What would [Sarah Jane] do in this situation?' is very much there in the background. I think this is a lovely tribute but also a lovely continuation of her work.”

Also joining Anjli in the cast is Daniel Anthony, reprising the role of Rani’s best friend Clyde Langer in the first and final adventures. And in Destination: Wedding, Mina Anwar is back as Rani’s mum, Gita Chandra.

Rani Takes on the World: Beyond Bannerman Road is available to pre-order for just £19.99 (collector’s edition 3-disc CD box set + download) or £16.99 (download only), exclusively here. Volume 2 (title TBC), set for release in December 2023, can also be pre-ordered for the same price.

Alternatively, Big Finish listeners can pre-order both volumes together in a bundle for just £38 (collector’s edition CD box set + download) or £33 (download only). 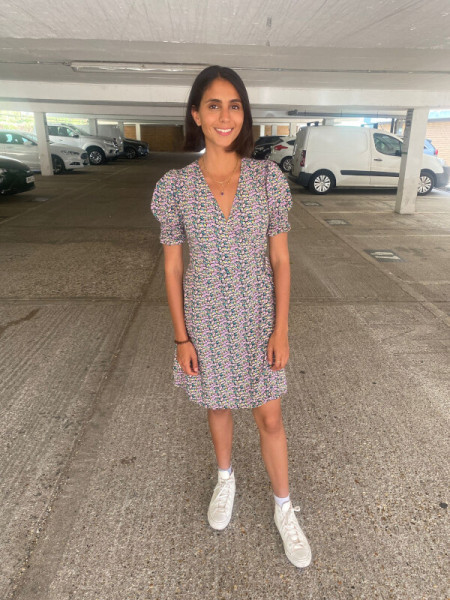 Producer Emily Cook said: “I utterly adored The Sarah Jane Adventures (who didn't?!) and I’m delighted to explore the next chapters of Rani's life in this new series of audio dramas.

“Sarah Jane Smith was a huge part of Rani's formative teenage years. How did this influence and inspire the woman she is today? That's what this series — Rani Takes on the World — is all about…

“Rani is following in Sarah Jane’s footsteps as a high-achieving investigative journalist who seeks to right wrongs and fight for the truth. She's reunited with her best pal Clyde, along with some other familiar faces, plus the return of wonderful Gita Chandra!

“It's an absolute joy to revisit these beloved characters. They've grown up a bit since we last saw them, and it's great to catch up with where they're at in their lives now. But, at the same time, we've consciously kept the youthful, energetic, vibrant spirit of The Sarah Jane Adventures at its heart.

“Rani Takes on the World is such a special project to produce. I'm especially excited about this release. It’s bursting with heart, humour, friendship, fun, aliens, adventure, life and love. I can't wait to share it with everybody."