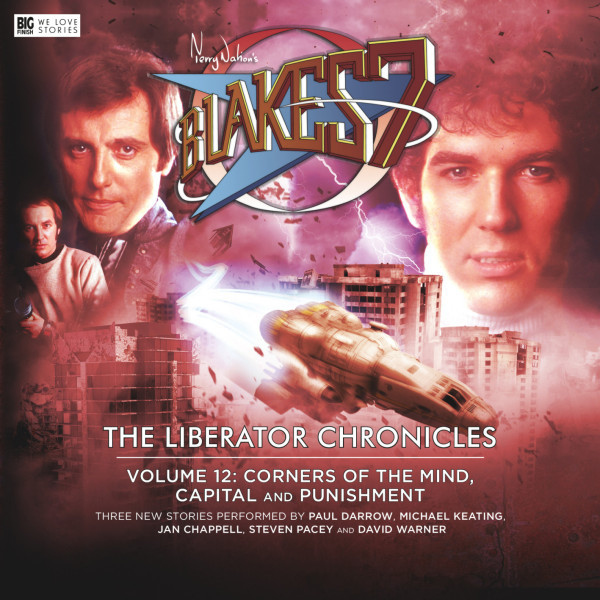 Download
US $14.74
Buy
Save money with a bundle Login to wishlist
8 Listeners
recommend this

12.1 Corners of the Mind by Andy Lane

Avon is trapped in a labyrinth full of puzzles, with no way to teleport to safety and deadly traps at every corner. He needs all his wits to survive, but there is one problem - he is losing his mind with every puzzle, piece by piece, memory by memory.

The Armageddon Storm. A weapon so dreadful that it can lay waste to entire planets. A weapon that Avon has used to hold the Federation to account. A voice from the past brings news of its redeployment… and the fate of Blake. Del Tarrant is sent to Earth to recover both - but will he survive?

It’s the end of the world and Vila’s father has returned. He isn’t sure what is worse. With the crew of Liberator arrested and Tarrant dead, can Vila rescue the man he hates and save the day? A coward turned hero… with the fate of planet Earth hanging in the balance.

Shop all audiobooks
Previous release in this range: Blake's 7: The Liberator Chronicles: Remnants