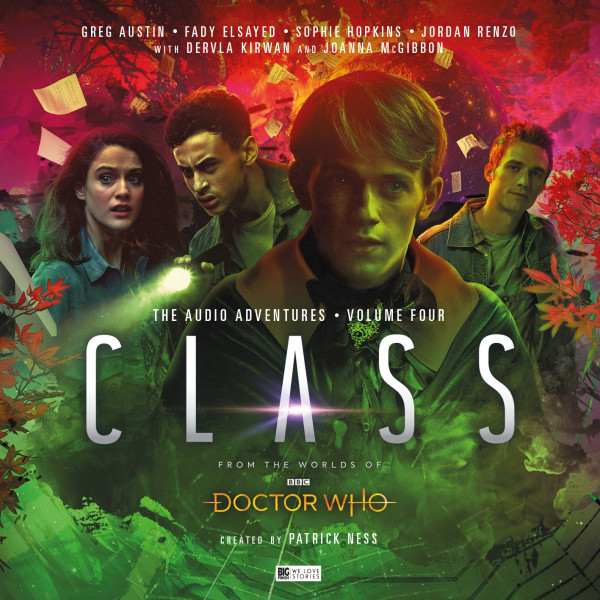 CD + Download
US $30.36
Buy
Download
US $19.99
Buy
Save money with a bundle Login to wishlist
16 Listeners
recommend this

As the students of Coal Hill Academy prepare to tackle exam season, Quill and Charlie find themselves tested to their limits. Childhood memories from their homeworld threaten to hijack the present - and there are no easy answers.

4.2 The Creeper by Lizzie Hopley

While the pupils of Coal Hill Academy celebrate Hallowe'en, Quill and Matteusz investigate an alien distress call emanating from a boarded-up house in Shoreditch. Can April and Charlie reach them before it's too late? And what is the ‘Creeper’ inside?

4.3 Queen of Rhodia by Blair Mowat

Quill wakes to find herself unexpectedly back on Rhodia - which is impossible - though not quite as impossible as the life that waits for her there. To save her future, Quill must turn her back on the past. But is this the end or a new beginning?

Shop all audiobooks
Previous release in this range: Class Volume 03