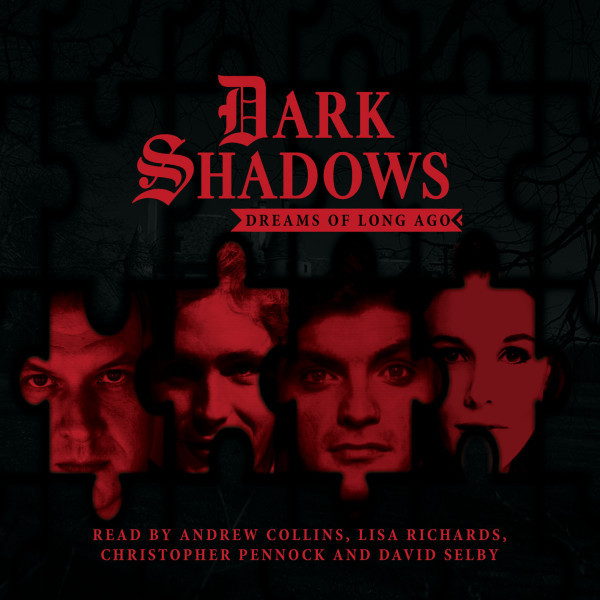 4. Dark Shadows: Dreams of Long Ago

CD + Download
US $17.94
Buy
Download
US $15.55
Buy
Save money with a bundle Login to wishlist
6 Listeners
recommend this

The Reflected Man by Alan Ronald
Sabrina Jennings is broken. Her husband is dead and her life means nothing. Alone in the city of New York she believes that her life can’t get any worse. But she is about to discover that there’s always something darker… hiding in the darkness...

Old Acquaintance by Matthew Waterhouse
New Years Eve, 1971 and Quentin Collins is celebrating in the Blue Whale. But something is coming for him… Something he first met in a Welsh village in 1914. Will the people of Collinsport survive to see 1972?

Devil's Rock by Kate Webster
Barnabas Collins and Willie Loomis are beginning a journey. A journey that they hope will lead them to their old friend, Julia Hoffman. But, on this night, they are about to discover that Collinsport isn't the only town in Maine to have a dark, terrible secret.

Cobwebs by Aaron Lamont
Something is very wrong at Windcliff Sanitarium. Sebastian Shaw wakes from a nightmare, alone. There are no doctors... no nurses... just a tiny little spider weaving its web on his wall. And outside, in the hospital corridors, the Burned Man is calling for him again.

The Reflected Man is set before The Enemy Within

Old Acquaintance is set after Episode 1198 of the television series.

Devil’s Rock is set after The Curse of Shurafa

Cobwebs is set after Dreaming of the Water