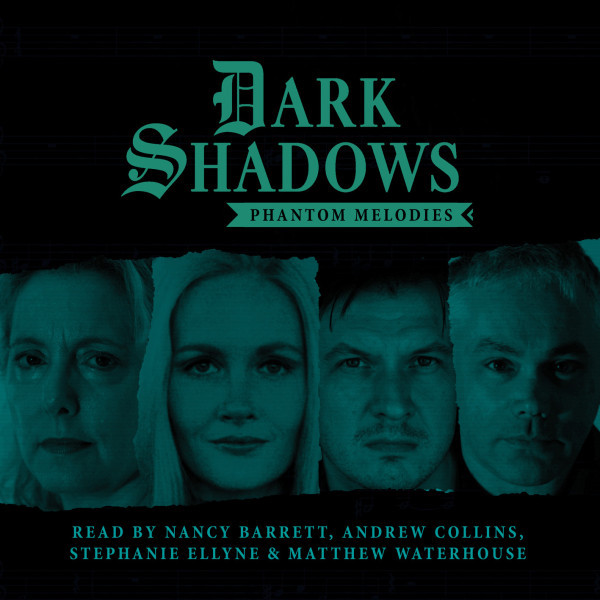 CD + Download
US $18.56
Buy
Download
US $16.08
Buy
Save money with a bundle Login to wishlist
6 Listeners
recommend this

Last Orders at the Blue Whale by Rob Morris
Thrown out of Collinwood, petty criminal Harry Johnson is waiting to catch the next train out of town but a rash decision in the bar of the Blue Whale will unwittingly lead him into a battle for his very soul.

The Scarlet Bride by Ian Atkins
Agnes is getting married but what should be the happiest time of her life is being spoiled by strange dreams of a scratching at her bedroom window. She dreams of a mysterious man trying to break into her room… A man who stares at her as she dreams...

On the Line by Ian Farrington
Carolyn Stoddard is embracing her new life at university but a mysterious telephone call is about to change everything...

In a Broken Dream by Penelope Faith
In an attempt to distance herself from her past, Amy Jennings is visiting Elizabeth Stoddard and Roger Collins in Paris but, mysteriously, they are not there. Will her life ever be free from the unexplained?

Last Orders at the Blue Whale is set after Episode 669 of the television series.

The Scarlet Bride is set after The House by the Sea

On the Line is set after The Flip Side

In a Broken Dream is set after Bloodlust and Bloodline.

I urge you all to turn the lights down, turn the volume up and lose yourself for a couple of hours in the worlds of Dark Shadows and experience its Phantom Melodies. 9/10