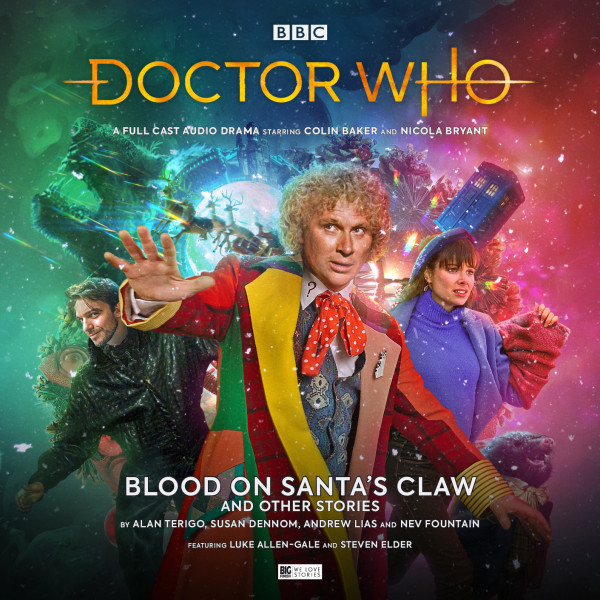 259. Doctor Who: Blood on Santa's Claw and Other Stories

The Doctor, Peri and Joe land on the planet Naxios, where they discover the body of Father Christmas.

Who killed him? The strange individuals dressed in Shakespearian costume or the talking animals wearing waistcoats digging in the tunnels?

The Baby Awakes by Susan Dennom

The Doctor, Peri and Joe visit the Ishtar institute, where the term 'designer babies' takes on a new and sinister meaning. Will our heroes survive Christmas day?

I Wish It Could Be Christmas Every Day by Andrew Lias

A Christmas party that's been going on for three years. Strange silver robots who guard the Christmas decorations with lethal force. What is the secret behind the festivities on Tate Galactic?

Brightly Shone The Moon That Night by Nev Fountain

The TARDIS crew encounters a shameful secret of the Time Lords. History has been rewritten, and this time it's all the Doctor's fault.