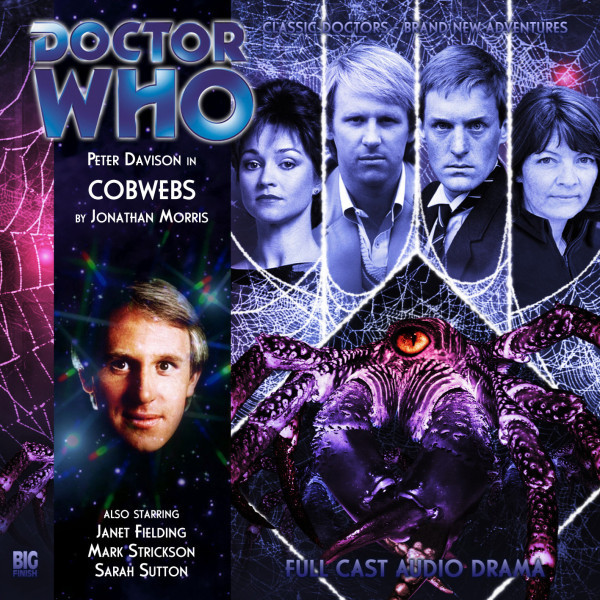 “You know what cobwebs mean. Spiders…”

In search of a cure for a sickness that’s so far claimed six billion lives, scientist Nyssa arrives at an abandoned gene-tech facility on the toxic planet Helheim. ‘Hellhole’, more like.

Nyssa’s not alone. The TARDIS has also been drawn to the Helheim base – and in its cobweb-coated corridors, she soon runs into the Doctor, Tegan and Turlough, her travelling companions of half a century past. But who, or what, has engineered this strange reunion? The Black Guardian, perhaps?

The answer’s here, in the dark. With the Cractids. In the cobwebs.

This story takes place between the Doctor Who TV stories Enlightenment and The King's Demons.