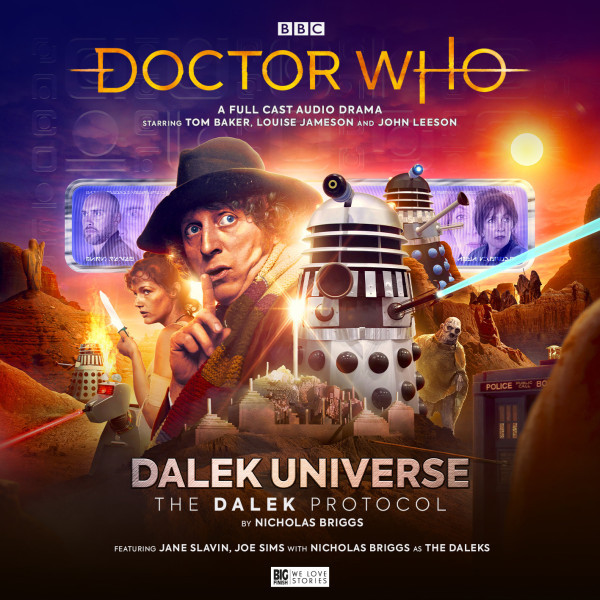 The Earth mission to Exxilon is nearing completion after many long years. Enough parrinium has been mined to stop the spread of the deadly space plague. But suddenly, the power-draining beacon from the Exxilon city is inexplicably reactivated, stranding the humans.

The Doctor, Leela and K9 are stuck too, right on top of the remains of the city – under attack!

Somewhere nearby, the android agent Mark Seven is enacting his secret orders while the Doctor’s estranged future companion, Anya Kingdom, is hoping for redemption.

And heading inexorably towards them all… the Daleks!