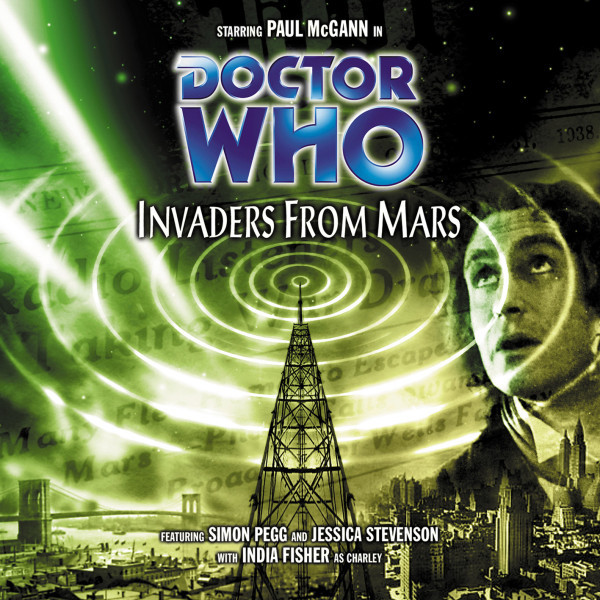 028. Doctor Who: Invaders from Mars

A year after a mysterious meteorite lit up the skies of New York state, Martian invaders laid waste to the nation. At least, according to soon-to-be infamous Orson Welles they did. But what if some of the panicked listeners to the legendary War of the Worlds broadcast weren't just imagining things?

Attempting to deliver Charley to her rendezvous in Singapore 1930, the Doctor overshoots a little, arriving in Manhattan just in time to find a dead private detective. Indulging his gumshoe fantasies, the Doctor is soon embroiled in the hunt for a missing Russian scientist whilst Charley finds herself at the mercy of a very dubious Fifth Columnist.

With some genuinely out of this world 'merchandise' at stake, the TARDIS crew are forced into an alliance with a sultry dame called Glory Bee, Orson Welles himself and a mobster with half a nose known as 'The Phantom'.

And slowly but surely, something is drawing plans against them. Just not very good ones...

This story takes place after the 1996 TV Movie, and after the Big Finish audio adventure .