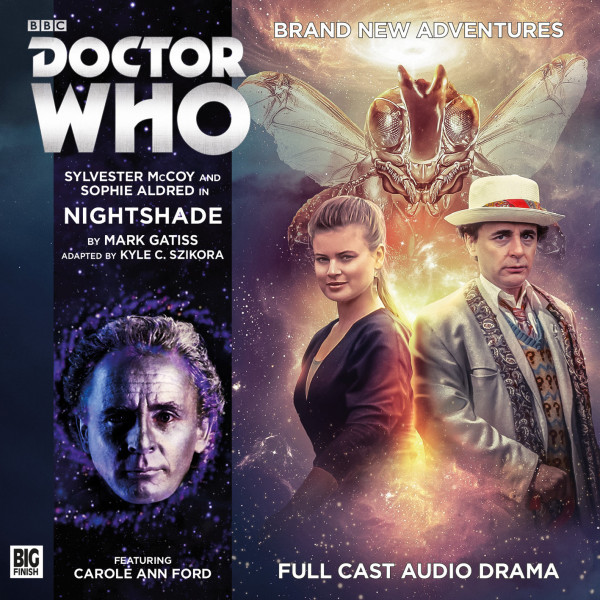 CD + Download
US $17.94
Buy
Download
US $15.55
Buy
Save money with a bundle Login to wishlist
22 Listeners
recommend this

Professor Nightshade - tea-time terror for all the family, and the most loved show in Britain. But Professor Nightshade's days are long over, and Edmund Trevithick is now just an unemployed actor in a retirement home, fondly remembering his past.

It's the same through the entire village of Crook Marsham - people are falling prey to their memories. At first harmlessly, and then, the bodies begin to turn up.

The Doctor and Ace arrive on the scene - but, with the Doctor planning his retirement, it may be time for Professor Nightshade to solve one last case.

Nightshade is based on the novel by Mark Gatiss from the Virgin New Adventures series of Doctor Who books.

'This feels very much like a Doctor Who story we could have expected had the show continued on television in the after season 26. It’s dramatic, exciting, fun, well written (by both its authors) and charismatic as well, a wonderful story excellently told.' - Doctor Who Companion

'Nightshade is a great Doctor Who story that focusses more on its main characters than it does on its monsters; which is in no way a bad thing.' 9.5/10 - Gallifrey Archive

'A gripping movie length tale – different from but equally valid to the original.' 9/10 - Sci-Fi Bulletin