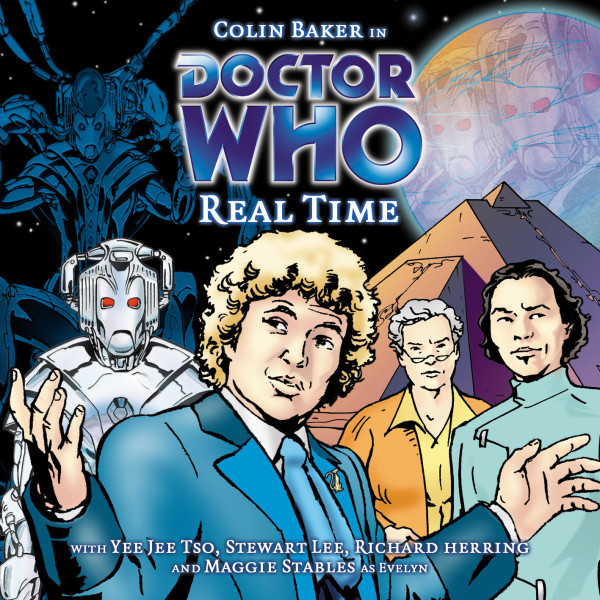 CD
US $6.19
Buy
Login to wishlist
21 Listeners
recommend this

On a planet known only as Chronos, two scientific survey teams have vanished. Inexplicably. Without warning. But with just one clue supplied - a single screamed word: "Cybermen!"

The University they worked for has called in the Earth security forces who despatch a third team, a mix of military and scientific might, under the auspices of a University Administrator. If that kind of volatile grouping isn't bad enough, three strangers have been added to the mix - a young human expert in Cybermen and a mysterious traveller in space and time, the Doctor, along with his companion, Dr Evelyn Smythe.

But can they solve the riddle of the vanished survey teams before the Cybermen harness Chronos' unique temporal gifts and rewrite the history of the galaxy?

This double-CD features the audio-only version of Real Time but includes extra scenes not in the original BBCi broadcast.

PLEASE NOTE: Due to rights restrictions, Big Finish are not able to offer a Download option for this release.

Real Time was originally broadcast as an animated web drama on the BBC's Doctor Who website between 2 August and 6 September 2000. Despite being animated, the script and audio production were specifically designed so that the story could be followed and understood perfectly as a purely audio production.