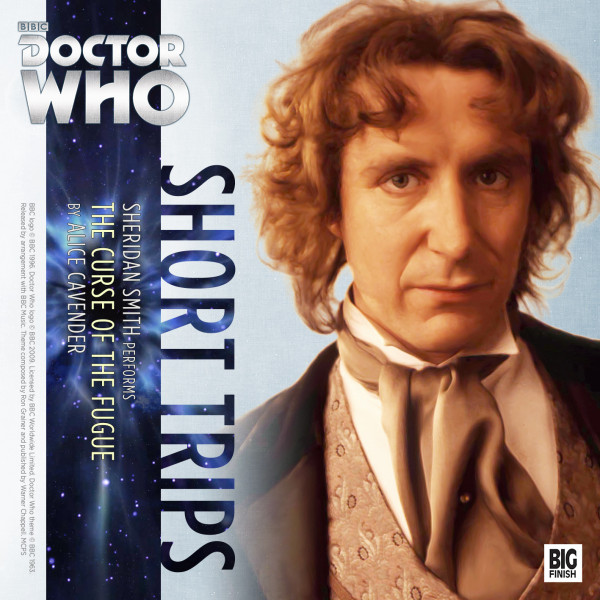 6.4. Doctor Who: Short Trips: The Curse of the Fugue

Download
US $1.49
Buy
Save money with a bundle Login to wishlist
9 Listeners
recommend this

February 1974 is grimmer than usual for the British. Huddling together by candlelight the nation endures regular power cuts, however the situation is far worse for one old woman. Out of the dark come visitors who know of her terrible burden of wartime secrets. All she fought to save is threatened. Whom can she trust? The troubled ghosts which plague her, a young man who has befriended her, or her new carer Lucie and her strange friend, The Doctor?

Recorded on: 28th January 2016
Recorded at: The Moat Studios, London

Lucie’s back with Doc. Alice Cavender, writer of this story, is absolutely great… She manages to give you an emotional rollercoaster in just thirty minutes. You will laugh and you will cry. It’s a work of art.

Alice Cavender has an ear for Lucie’s character and the dialogue is spot on.