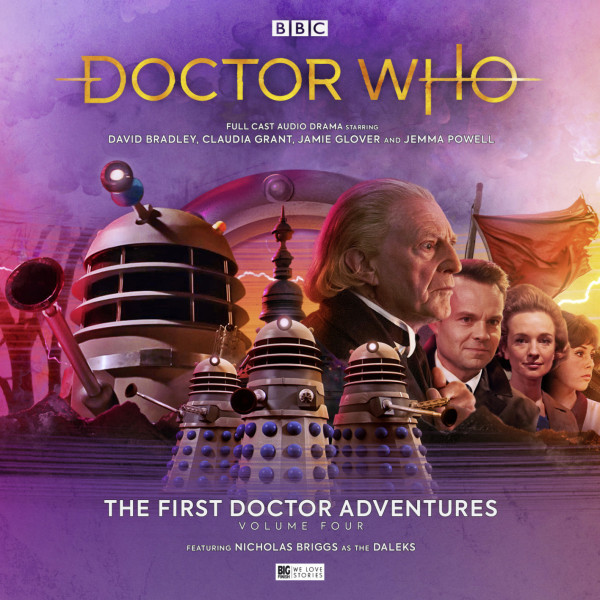 CD + Download
US $37.99
Buy
Download
US $29.99
Buy
Save money with a bundle Login to wishlist
45 Listeners
recommend this

4.1 Return to Skaro by Andrew Smith

A new plan to return to Earth actually returns the TARDIS to another place its crew have recently visited - Skaro, homeworld of the Daleks.

But it is some time after their previous visit. The Thals have moved on with developing their species... Yet the shadow of the Dalek city always looms large over them.

Venturing into the abandoned metropolis, the Doctor and his friends discover the Daleks aren’t as dead as they might have thought... and it isn’t only their enemies who have secrets.

4.2 Last of the Romanovs by Jonathan Barnes

The TARDIS lands on Earth near to an eerie and familiar house... with the only witness a regal man watching from inside through a broken window.

Leaving the ship the crew immediately find themselves in trouble - because they have landed in Ekaterinburg early in the twentieth century.

The man inside the house is Nicholas, the last Tsar of Russia, imprisoned with his family... and one of the most notorious crimes in history is just about to happen.

The Last of the Romanovs
1. The Shattered Pane
2. The House of Special Purpose
3. The Execution Order
4. The Waiting Cellar