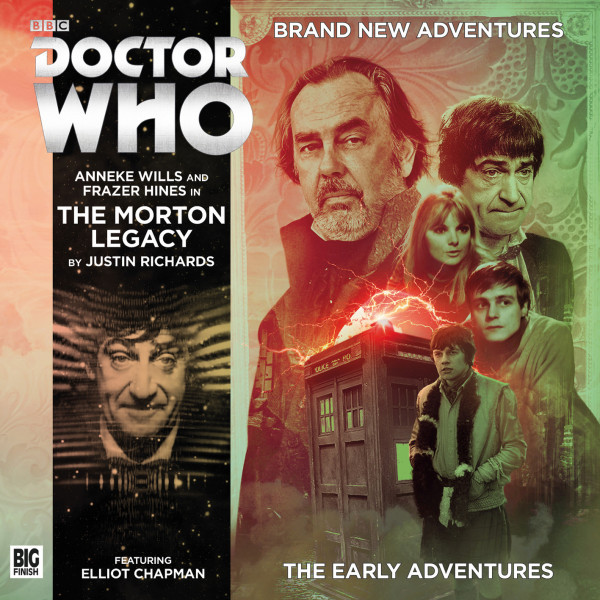 4.3. Doctor Who: The Morton Legacy

Download
US $13.52
Buy
Save money with a bundle Login to wishlist
15 Listeners
recommend this

When the TARDIS lands in London, Ben and Polly are initially delighted to be back home… until they realise that they’re a hundred years too early. But this is nothing next to how the Doctor and Jamie feel when the TARDIS itself vanishes!

Their attempts to locate their ship lead them to an antiquarian, Josiah Morton, possessed of a most unusual collection that is currently subjected to a legal dispute. But they’re not the only people interested in him. Dangerous criminals watch from the shadows, waiting for a moment to strike. And the police are calling too - accusing him of murder.

An unusual series of deaths have been occurring across the capital, and all signs point to Morton as the culprit. But is he really a killer? Or is there something else at large in the city? Something… alien?

With some great character touches and good humour, this is yet another firm success for Justin Richards and Big Finish. Thank goodness the Sixties era of the show is kept alive and fresh by such amazing talent! 10/10

Even if some of the ingredients are very familiar, this range is becoming a must-listen, rivalling the main range itself for the quality and range of stories.

It’s an atmospheric listen that still belts along, and if the ending is odd for Doctor Who even in the Sixties, it gives The Morton Legacy a late left-turn that you probably won’t see coming. Spend your money on this story.