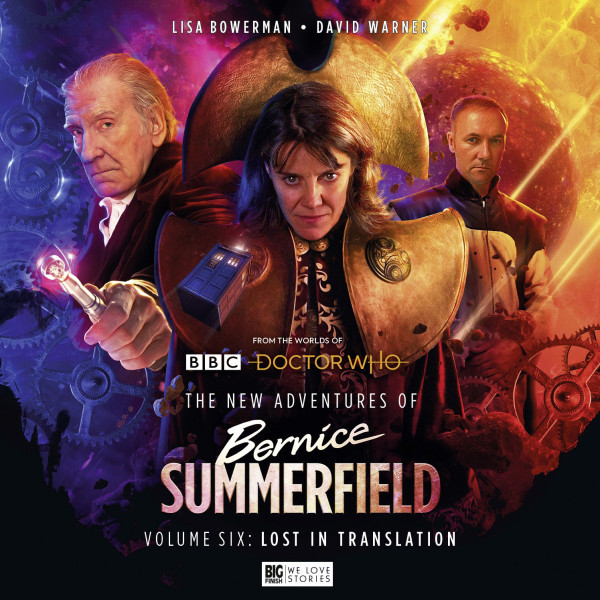 6. Doctor Who: The New Adventures of Bernice Summerfield Volume 06: Lost in Translation

Bernice Summerfield is back in four new adventures with a Time Lord from another universe.

6.1 Have I Told You Lately? by Tim Foley
Bernice and the Doctor find themselves lost in the dark with the only clue to their surroundings a mysterious voice.

6.2 The Undying Truth by JA Prentice
A mysterious mission has discovered a body, one that should never be found. Can the Undying really be dead after all?

6.3 Inertia by James Goss
A remote island on a dull world. Some boring natives, some uninteresting ruins. Can two time travellers manage to do nothing for a month?

6.4 Gallifrey by Guy Adams and AK Benedict
The Doctor has come home. But he doesn’t belong here. And Bernice thinks there’s something very wrong with Gallifrey.