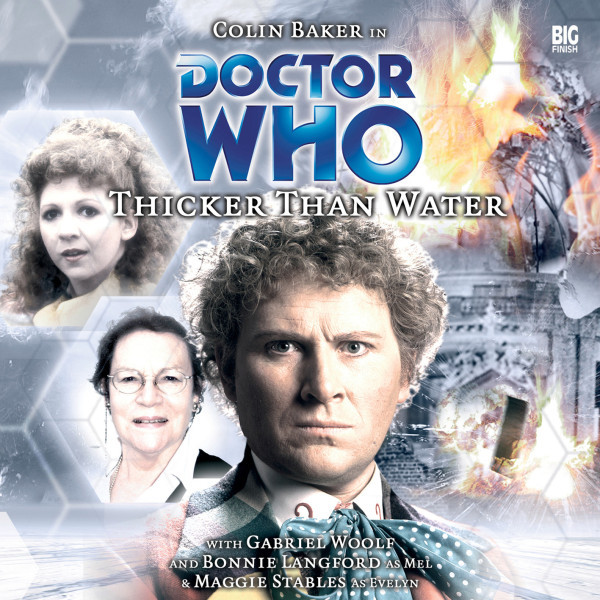 073. Doctor Who: Thicker Than Water

Three years after Világ was all but laid waste by the Killorans, the Doctor is back alongside a different companion. And a lot has changed.

Now elected Principle Triumvir, head of a tripartite government, Rossiter is working to secure a peaceful future for the planet by researching the technology the Killorans left behind. But he has to contend with opposition from his daughter, Sofia, who heads a public campaign demanding the destruction of all alien artefacts.

Politics has caused a rift between father and daughter, and as if that weren't enough, Sofia doesn't approve of her new step-mother either. Emotions soon boil over into violence, a violence that seems to have gripped the entire city.

Friendships bind people close, but they say that blood is...

This story takes place between the television adventures The Trial of a Time Lord and Time and the Rani, and after the Big Finish audio adventure Doctor Who: Catch-1782