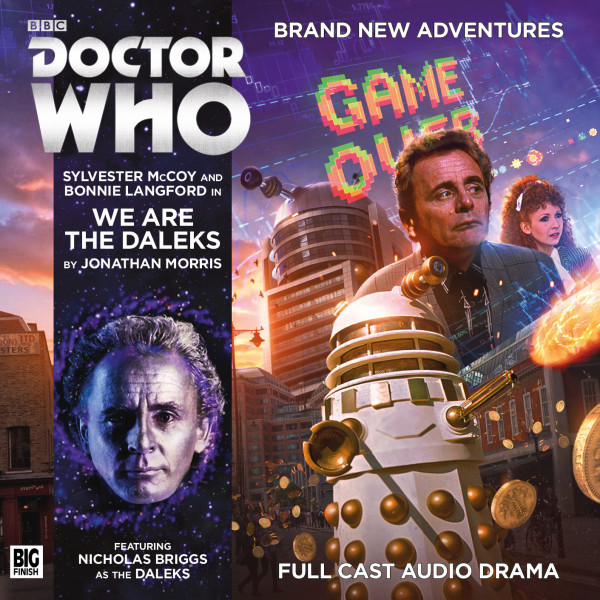 The year is 1987, and Britain is divided. In Bradford, strikers are picketing and clashing with the police. In the City of London, stockbrokers are drinking champagne and politicians are courting the super-rich. The mysterious media mogul Alek Zenos, head of the Zenos Corporation, is offering Britain an economic miracle. His partners wish to invest – and their terms are too good to refuse.

While the Doctor investigates Warfleet, a new computer game craze that is sweeping the nation, Mel goes undercover to find out the truth about Zenos’s partners.

The Daleks have a new paradigm. They intend to conquer the universe using economic power. The power of the free market!