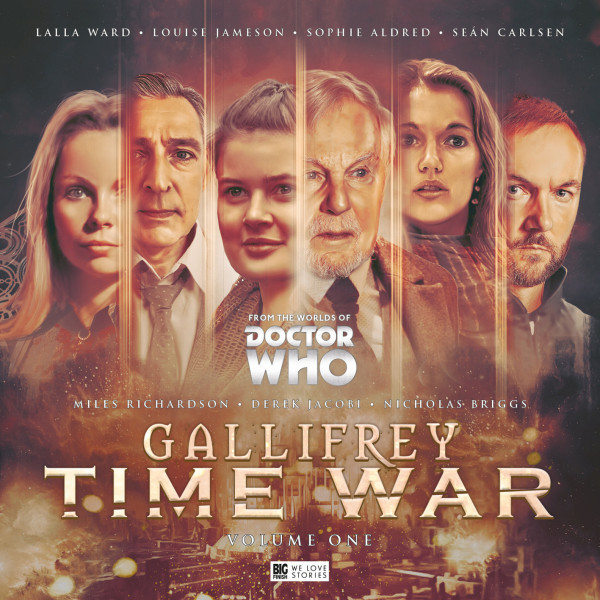 CD + Download
US $42.42
Buy
Download
US $29.99
Buy
Save money with a bundle Login to wishlist
61 Listeners
recommend this

The Temporal Powers are under threat. It is only a matter of time before the Daleks attack.

Now CIA Coordinator, Romana must protect the interests of Gallifrey, while dealing with demands from President Livia and an increasingly powerful War Council.

As allies are whittled away, the Time Lords are drawn into a conflict they can no longer avoid…

Braxiatel has always planned for contingencies. As hostilities escalate, he takes Ace into a deadly region of spacetime – The Obscura – to locate an ancient research station.

But Ace is about to learn more about Irving Braxiatel than anyone should know.

Some soldiers are ready for this fight, but some will not make it through the first round.

9.3 The Devil You Know by Scott Handcock

The Time War has begun in earnest, and Romana must think the unthinkable. For a most dangerous mission, she selects the most dangerous warrior – the Master.

But he will not be alone. Leela accompanies her old enemy as they begin an unusual interrogation.

What does Finnian Valentine know? And can Leela and the Master ever truly be on the same side?

The Dalek Emperor attacks a vital Time Lord outpost. Victory would be a devastating blow to Gallifrey.

Romana is caught in the machinations of a President who sees control slipping away. Is it time to bargain with the War Council, or perhaps to parlay with even more dangerous parties?

The Time War has barely begun, and for Gallifrey, desperate times are already here...

Veterans of the Gallifrey series will find a fantastic continuation of the characters and plots that have captivated them for over a decade. For newcomers, it’s a brilliant starting point that hints at bigger pictures across the past, present and future. 10/10

Each story in the set leads directly into the other with some of the best cliffhangers Big Finish has produced in a long time. Filled with moments that will make your jaw drop, Gallifrey: Time War Volume One delivers over and over again on its promises to be as epic as it should be.

This is a sumptuous audio production. 5/5