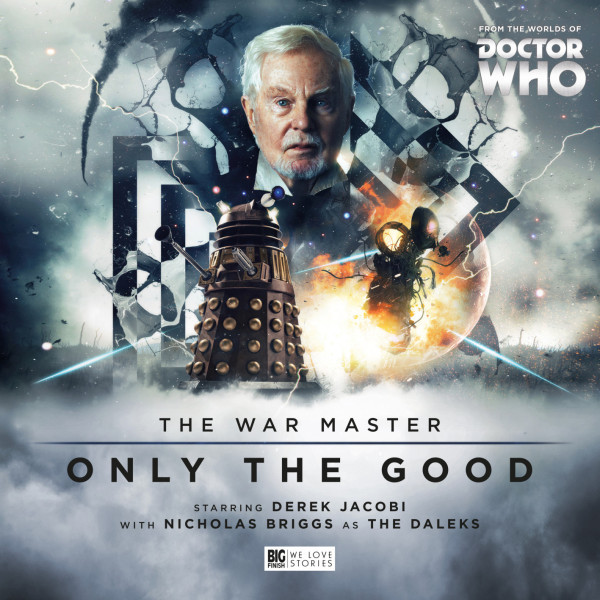 1. The War Master: Only the Good

1.1 Beneath the Viscoid by Nicholas Briggs
On the ocean planet Gardezza, deep beneath the Viscoid, a mysterious capsule is recovered from the Time War, and an equally mysterious stranger found within. The Doctor’s reputation precedes him, even here... but can he be trusted?

1.2 The Good Master by Janine H Jones
The Time War rages around Arcking - a planet serving as a sanctuary for the sick and injured. But Arcking is protected by a mysterious, powerful force: a force the Master will stop at nothing to harness... even if time itself is against him.

1.3 The Sky Man by James Goss
When his new companion decides to save a planet, the Master indulges this most futile of requests. Materialising on a primitive, agrarian world, both the strangers quickly find their place in it... until fallout from the War invades their happy paradise.

1.4 The Heavenly Paradigm by Guy Adams
With his plans approaching fruition, the Master travels to Stamford Bridge in the 1970s: a location he believes might hold the key to his success. But what terrible secret lurks under the stairs of No 24 Marigold Lane? And what sacrifices will the Master make in the name of ultimate victory?

Derek Jacobi brings an incredible weight and nuance to the role that hearkens back to Roger Delgado’s original.

The War Master is Big Finish doing what they do best. Well crafted stories superbly acted from a world we only glimpsed on TV. Simply wonderful.

It seems like Big Finish have created a real gem in the Whoniverse in this War Master box set. It’s fun, sinister, murderous and insane. Much like the Master.

A series of evil and consequence, an engaging take on the Time War, where virtually everything is on the line and you can't even trust the main protagonist. It's entertaining, deadly and unpredictable.

The phrase tour de force gets used a lot in relation to acting performances, but Sir Derek Jacobi proved why he earned his knighthood.

... never lacks for pace, getting your heart racing... You’ll be waving flags and placards demanding more from the War Master...

Shop all audiobooks
Next release in this range: The War Master: Beneath the Viscoid