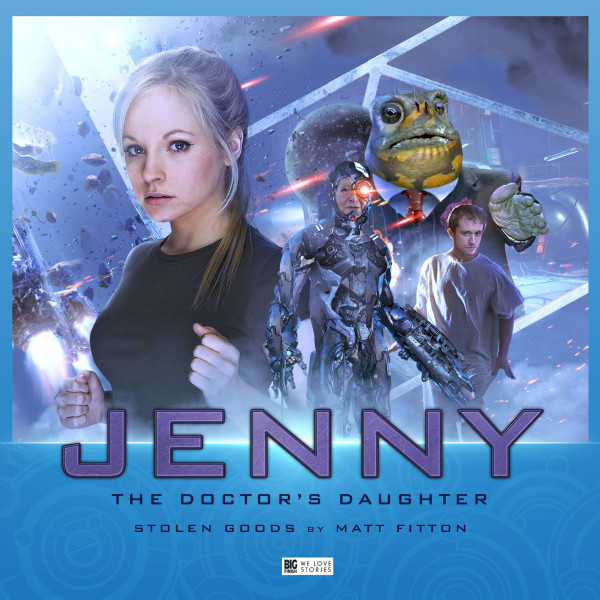 Login to wishlist
92 Listeners
recommend this

Jenny is brand new to the universe. Born a soldier, made for war, she has a Time Lord’s heritage. Luckily, that Time Lord is the Doctor.

She’s ready to save planets, fight monsters, and save the day, using nothing but her bravery, wit and instinct - and an awful lot of running.

1.1 Stolen Goods by Matt Fitton
Jenny is new to the universe and keen to explore - but in unfamiliar spaceships, accidents happen. She’s lucky to have someone on-hand to help. A slippery, fast-talking someone, called Garundel.

Soon, Jenny is mixed up in cons and explosions. But she also finds something strange, inexplicable, and as new to universe as she is. She’ll call him Noah.