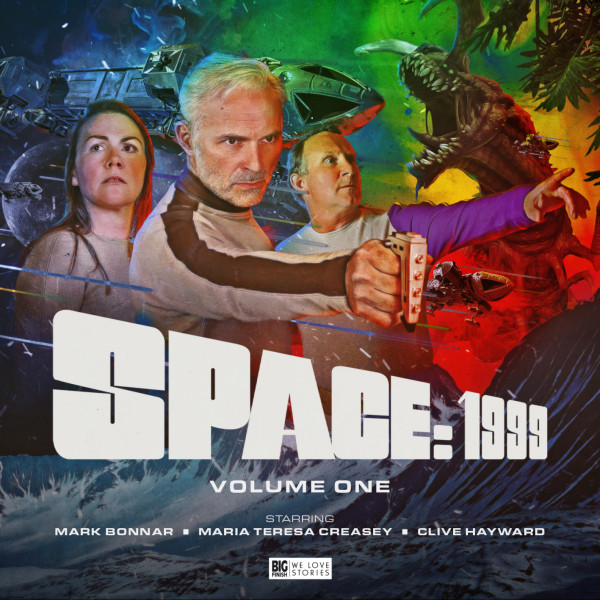 Download
US $24.63
Buy
Save money with a bundle Login to wishlist
58 Listeners
recommend this

The Moon has been sucked through a wormhole in space and has arrived countless miles away from its proper place. The crew of Moonbase Alpha can only guess at the resultant devastation left behind on Earth. They must decide how best they can survive. Some Alphans find it difficult to let go of the notion of returning to Earth, others are facing the reality that they must find another home to ensure the survival of the human race. They can't survive on Alpha indefinitely.

1.1 The Siren Call by Andrew Smith

The people of Moonbase Alpha are recovering from the shock of their base and their Moon having been blasted through a wormhole in space. But now they are far from home with little hope of a return to Earth.

Ahead of them is the planet Meta, whose signal somehow caused this catastrophe. Could this be their new home or does yet more danger lie ahead?

1.2 Death's Other Dominion by Roland Moore (adapted from the original teleplay by Anthony Terpiloff and Elizabeth Barrows)

A voice calls to the Alphans from a mysterious, snowbound planet. Can it be possible that humans from Earth have really colonised this remote world?

When Commander Koenig and his team investigate, they discover the planet Nival holds many terrible secrets.

Not too hot, not too cold. The perfect planet on which life can thrive. But not all forms of life that thrive in the Goldilocks zone are peaceful.

Investigating this lush paradise, the Alphans must battle an ancient terror for survival.

Based on the original tv series created by Gerry and Sylvia Anderson. Each character is voiced by a talented actor, and dramatic scenes are filled with sound effects and music. The effects are appropriate to the time period of the original series but also blend with the contemporary storytelling for a unique and engaging performance.

This reimagining of Space: 1999 shows no signs of flagging and we look forward to Volume 2. The future of humanity could not be in safer hands!

There’s no question from this impressive, confident and dramatically satisfying first volume, that the travellers of Space 1999 have a long interstellar journey ahead of them.

Space: 1999 is in safe hands with Big Finish, and long may it continue.

Space 1999 melds together an era-authentic effects and storytelling through a contemporary lens with great effect.