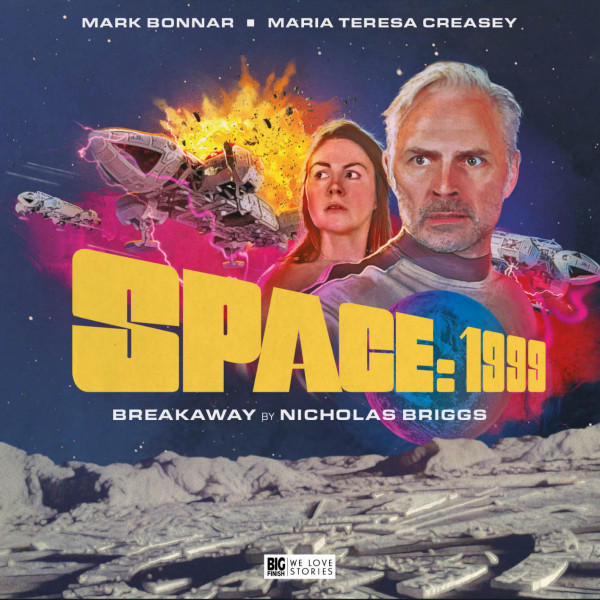 Download
US $18.07
Buy
Save money with a bundle Login to wishlist
120 Listeners
recommend this

After the Apollo missions of the 1960s and early 1970s, space exploration was very nearly abandoned as public pressure mounted for money to be concentrated on problems down here on Earth.

But, by a whisker, funding was granted for a base on the Moon. Greatly expanded, it became the international Moonbase Alpha we know today. 311 personnel serve in a perfect, self-sustaining, artificial environment – their mission statement: ‘to forward the frontiers of human knowledge and science’.

Dateline: 13th September 1999. The interplanetary Meta Probe is due to be launched from a platform orbiting the Moon. What could possibly go wrong?

Based on the original tv series created by Gerry and Sylvia Anderson.

Briggs is obviously keen to pay homage to the source material… But there’s more here to excite than simple nostalgia…  And going on the evidence of this very first blast into deep space, it’s safe to say that this moon rocks.

There isn’t actually a weak link amongst the ensemble, so Big Finish have done a great job assembling the best people for the roles, as ever…As far as Big Finish’s Space: 1999 revival is concerned, I’m over the Moon.

Briggs’ adaptation is brought vividly to life by a marvellous cast. I’m psyched to hear how this new Big Finish range develops.

Series openers always have multiple agendas, and Briggs’ script serves them well, backed up by strong performances and production values… It’s a very valid retelling of the core ideas.

This is a superb relaunch for the series which feels more like an audio movie…it retains beloved period detail, but at the same time ramps up the character dynamics and dramatic tensions to provide a more mature, contemporary twist.

The Space: 1999 revamp is thrilling... dare I even say better than the original ‘Breakaway’? One of the best things @bigfinish has ever produced, with superb performances from @mark_bonnar, @mtcreasey and the cast

Shop all audiobooks
Next release in this range: Space 1999 Volume 01