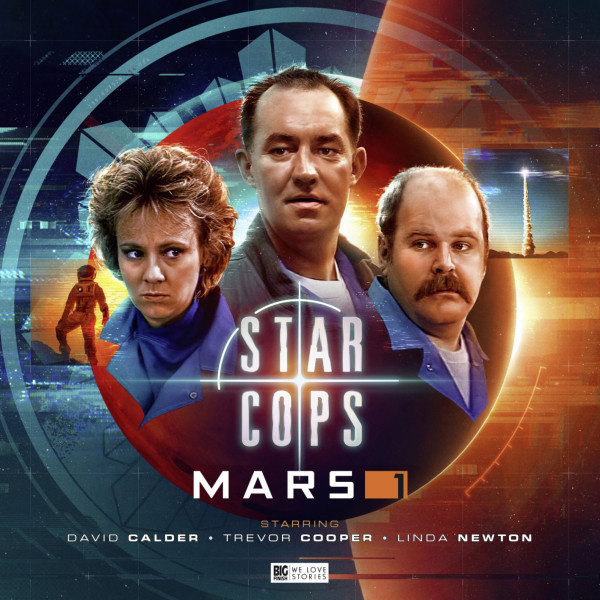 CD + Download
US $30.93
Buy
Download
US $24.74
Buy
Save money with a bundle Login to wishlist
28 Listeners
recommend this

It’s the near future, and mankind has expanded its presence in space. Maintaining law and order beyond Earth is the responsibility of the International Space Police Force, known colloquially as the Star Cops. Their leader is Commander Nathan Spring.

There are no Star Cops on Mars, and Nathan Spring intends to put that right. He travels to the red planet hoping to rally the colonists’ support for setting up an ISPF office, but he faces resistance from those who feel Mars has no need of police.

Soon, though, Nathan and his officers are involved in incidents of theft, violence and murder. They may get the chance to prove they’re needed, if they can get through their investigations alive.

2.1 The New World by Andrew Smith
Nathan, Devis and Kenzy arrive on Mars after a six-month journey from Earth. They’ve come to set up a Star Cop base, but Mars is a very different environment from the one they’re used to on the Moon. They have their work cut out to convince some colonists of the need for law enforcement. They have no powers, no guns, and few friends.

Nathan sees an opportunity to prove their worth when there are reports of water thefts and disorder at a colony near Olympus Mons. He and Kenzy are invited to investigate, unofficially. Then a body is discovered, and the Star Cops have to work fast to prevent tensions escalating into further violence.

2.2 The Shadow of This Red Rock by Una McCormack
Nathan and Kenzy find themselves marooned in the Martian desert with a prisoner whose friends will soon arrive to attempt a violent rescue. Help arrives in the form of a reclusive colonist. Soon they’re all being chased across the desert by the prisoner’s friends, who seem able to anticipate every effort to shake them off.

Meanwhile, Devis has his own troubles. An attempt to come to his friends’ rescue goes wrong, and he finds himself at the mercy of colonists who hold his life in their hands.

Matters will come to a head in a perilous stand-off on the four-mile-high cliffs of the Mariner Valley canyon.

2.3 Whatever Happened to Gary Rice? by Guy Adams
After the Star Cops receive a cryptic message about a man who may once have worked at a colony in the Argyre Basin, they make their way there to investigate. They find a co-operative community that thrives by growing an organic food source, which it sells to other colonies. But no-one seems to remember the man the Star Cops are looking for.

Nathan visits a neighbouring scientific research base, where nutritionist Dr Julienne Grainger has information that may resolve the mystery of the missing colonist.

As the Star Cops get closer to discovering the truth, there are those who are prepared to kill to keep it secret.

The events in this story take place after Star Cops: Mother Earth and Star Cops: The Stuff of Life.

Star Cops: Mars 1 is surely essential listening for any fan of the show, and we hope its mix of science fiction and detective drama is pulling in a new audience too. On the strength of the material here, it certainly deserves to.

Star Cops: Mars 1 proves an ideal continuation of Star Cops for Big Finish. One that delivers at last on a decades-old promise to take its characters from the Earth and its Moon out to the Red Planet. And as the final scene proves, this is only half the story, with Mars 2 promising a solar system spanning trilogy of episodes.