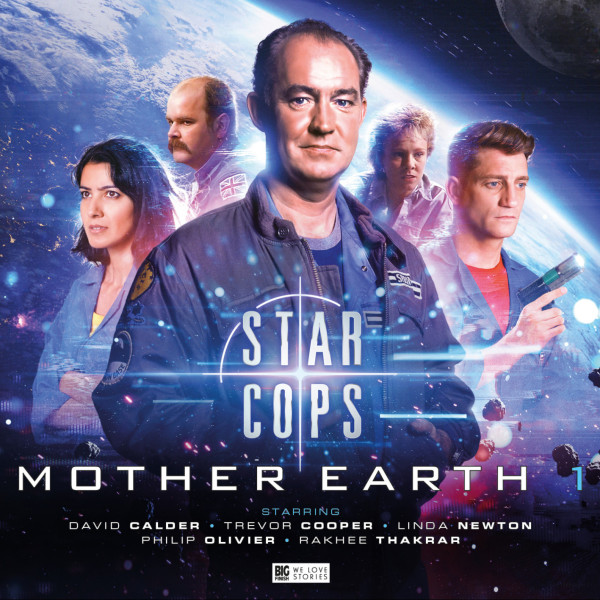 While dealing with crimes including drug smuggling and murder, the Star Cops find themselves facing a new and sustained threat. The activist group Mother Earth, ideologically opposed to humanity’s presence in space, has been quiet for some time. But no longer. The group returns with a vengeance, prepared it seems to go to any lengths to achieve its aims.

1.1 One of Our Cops is Missing by Andrew Smith

As construction of the Vasco da Gama, the largest space station ever put into orbit, nears completion, Nathan is visited by an old friend, who asks for his help in tracking down a missing undercover officer.

Meanwhile, Inspector Priya Basu is investigating a near-fatal spacewalk accident on the space station Rakesh Sharma that may be no accident at all.

This free download is an excerpt from Star Cops: Mother Earth Part 1

When we meet them, PAUL BAILEY (Philip Olivier) is an undercover officer with an Earth force, and PRIYA BASU (Rakhee Thakrar) is the resident Star Cop on the Indian Space Station Rakesh Sharma. Joining them is SHAYLA MOSS (Nimmy March), the newly appointed Moonbase Co-ordinator. Listen in to learn more.