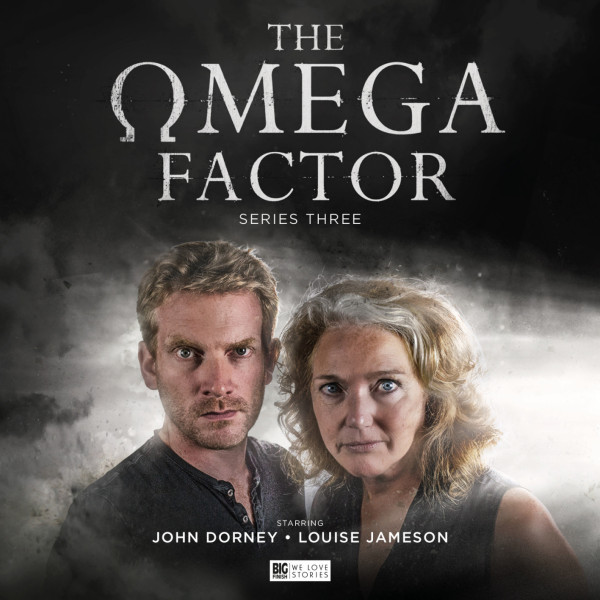 9/10 “One of Big Finish’s best series returns… As unsettling as ever, it’s good to have The Omega Factor back.” SciFi Bulletin

9/10 "One of the things that the latest series of Omega Factor audio adventures does so well is to blend historic and contemporary chills: combining traditional Gothic ghost stories, which unfold in creepy cobweb-strewn catacombs and crypts, with cutting-edge, virtual reality nightmares, and threats fuelled by popular cultural anxieties ripped from today’s headlines." Starburst

"Louise Jameson and John Dorney have always produced excellent work for this series, and they bring their A game for this, matched by everyone else in the cast. " Sci Fi Bulletin

"Series three is another brilliant inclusion to ‘The Omega Factor’s’ mythos. It is nice that this set is more concerned with dealing with the lives and hearts of our characters more than just throwing them around from one supernatural occurrence to another. All the stories are strong entries and deserve to be listened to" Blogtor Who

"It’s clichéd to say nothing will be the same, but with events causing Adam to reconsider his life and commitment to Department 7, he is clearly struggling to find a centre, and no longer content to be swept around by others. 4/5" Cultbox

"Smartly directed and scripted, the stories are varied in tone with some relying on sinister threat and implication, while others present out-and-out demonic nastiness. In both cases, they are not for the faint-hearted. 9/10" Indie Mac User

After a traumatic confrontation with agents of Omega, Anne and Adam continue their work, investigating strange and supernatural events that defy rational explanation.
But change is coming - secrets will be unearthed and dark powers will rise.
Department 7 will never be the same again.

3.1 Under Glass by Roy Gill

Adam is moving on with his life, but a new relationship tests him in unexpected ways. Anne's dealings with a gallery lead her to a macabre exhibit and its owner's even more macabre fate. Meanwhile, Morag tries desperately to send a warning...

Ambition has a price, and what is trapped will not stay trapped forever...

3.2 Let Us Play by Natasha Gerson

Anne is called by an old acquaintance at Glasgow University, concerned about student welfare. An online developer is employing young people to work on new apps, but their screen-time is having disturbing side-effects.

Soon, Adam is caught in a deadly and addictive game. One where the unwary player has much more to lose than a life…

Doyle presents Anne with a psychic prodigy and takes a special interest in her progress. But Adhara is a vulnerable young woman, far from home, and Adam has concerns over Department 7's duty of care.

As Adhara's condition becomes apparent, Adam's health declines. Only Morag knows the true connection - can she reach out and save her friend?

3.4 Drawn to the Dark by Phil Mulryne

Something is buried under Edinburgh's streets. A dangerous legacy, centuries old. Anne tries to protect the innocents, while Morag and Adam sense a darkness, long-imprisoned, on the verge of release. But they are not the only ones to feel it.

Drexel has returned, and he plans to rise up more powerful than ever before...

PLEASE NOTE: The Omega Factor contains adult material, including scenes of self-harming, and may not be suitable for younger listeners.