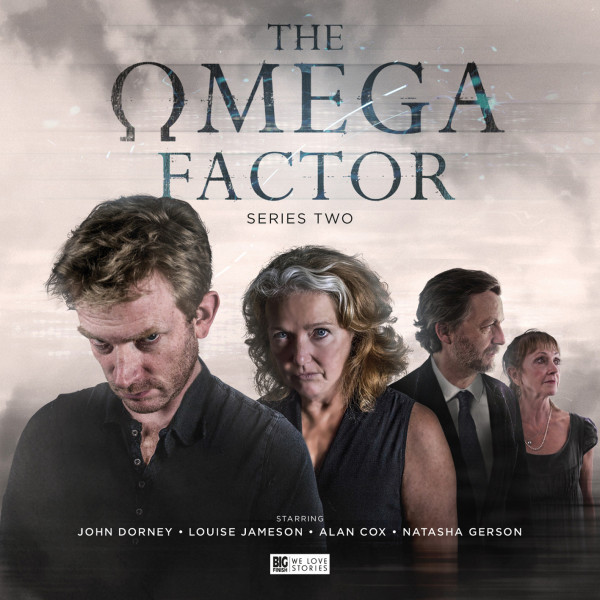 CD + Download
US $37.12
Buy
Download
US $30.93
Buy
Save money with a bundle Login to wishlist
16 Listeners
recommend this

Over thirty years have passed since Tom Crane left Department 7, a top secret organisation that investigates the paranormal.

Anne Reynolds now runs the operation, and for three decades their enigmatic nemesis Omega has been silent.

But that peace is about to be shattered. When Crane’s son Adam is drawn into Department 7, the past quickly catches up with Anne and her team…

When a series of impossible suicides affect the establishment, Doyle calls in Department 7 to investigate. From the scene of a grisly death, Adam and Anne discover a trail that eventually leads to someone they've met before, once again running dangerous psychic experiments.

Dr Jane Wyatt is back, with an even more lethal agenda. But someone else is pulling her strings...

2.2 The Changeling by Roy Gill

Adam takes on a risky assignment, going undercover inside Tollmire Prison as a murderer's cellmate. But when the lights go out in these corridors, something else lurks in the darkness. Something that kills.

As Anne tries to unlock decades-old secrets, she discovers that some who believe in the folklore of faeries and changelings will take their faith to terrible extremes.

Life has rarely been so kind to Anne Reynolds. Her work has gained new impetus as she investigates a psychic prodigy. And she has gained an admirer in the shape of a charming and debonair London official. But Adam is plagued, first by wasps, and then by warnings of disaster from a familiar voice.

Who is the ghost that's really haunting both their lives?

An intricate scheme, forty years in the planning, is reaching completion. When a devastating event affects the staff of Department 7, the final pieces fall into place.

Can Anne convince Doyle that the threat from Omega is real? Where is Morag? And can anyone reach Adam in time to save him from the powers that defeated his father?

The result is not only every bit the equal of the original but a wonderful continuation of an excellent audio series… A towering achievement that continues to impress.

Reviews in Time and Space

The second box set is even better... Dorney and Jameson's acting, Steve Foxon's sound design... and Nick Briggs’ music score made for some extremely disturbing moments.

The Omega Factor Series 02 is the rare follow-up that takes everything the first series did, and does it overwhelmingly better. I called the first series “a textbook example of how to begin an occult detective series—particularly in terms of character development and ever-increasing threats.” This, then, is a textbook example of how to do occult detection outstandingly well… I cannot give the set a higher recommendation.

The Omega Factor excels thanks to a combination of smart scripts and a pair of engaging lead actors...

This new set has a really good time telling these stories and continuing the stories of this cult classic. Long may they continue...

Big Finish have hit the proverbial home run with this set, it has everything and stayed with me - in fact I still can't stop thinking about it. Fantastic scripting, superb sound design and two incredible leads in Louise Jameson and John Dorney make it a resounding success and a 10/10 from me.

Built on a bedrock of solid old fashioned story-telling... The Omega Factor Series Two is also gifted by a brace of absolutely magnificent performances from John Dorney, Louise Jameson, Alan Cox, Natasha Gerson, Alan Francis and Alex Tregear that lift it beyond the realm of jaw dropping into a whole new dimension of excellence.